Sunrise Management & Consulting in Latham has grown its multifamily apartment portfolio with the purchase of Halfmoon Garden Apartments in Clifton Park and Canfield Apartments in Gansevoort.

The sale was brokered by Dean and Ryan Taylor of Continuum Commercial Realty, and SEFCU financed the transaction.

Sunrise will manage the communities.

“Halfmoon Garden Apartments and Canfield Apartments are valuable assets that fit nicely into our portfolio,” said Jesse Holland, president of Sunrise Management & Consulting. “We were impressed with the way the longtime owners cared for the properties and wish them well in their retirement. We look forward to getting to know the residents.”

The hotel industry will continue moving toward recovery in 2022, but the path will be uneven and potentially volatile, and full recovery is still several years away, according to the American Hotel & Lodging Association (AHLA)’s 2022 State of the Hotel Industry report.  The report, which reveals shifts in consumer and business sentiment, was...

The website, which represents the national golf professional association of more than 29,000 golf professionals and the leading experts on the game of golf, identified Therrien in its article “Ten PGA Jr. League Captains Who Inspired a Decade of Dominance” on Nov. 3.

Brookhaven is located at 333 Alpine Meadows Road in Porter Corners.

Since Therrien joined the staff in 2019, the course has nearly doubled its revenue and increased the number of rounds played in a season by 8,000, according to Brook Haven officials.

“We are certainly extremely proud of Anthony’s work” said Greenfield Town Supervisor Daniel Pemrick. “The physical improvements and great programming are making Brookhaven Golf Course a destination for all ages.”

The article, written in celebration of the PGA Jr. League’s 10th anniversary, celebrated the “rock star coaches who are the lifeblood of the program” that involved more than 64,000 kids nationally this year.

The state Office of Parks, Recreation and Historic Preservation and the Hudson River Valley Greenway announced that two projects were completed to improve a total of 4.2 miles of the Empire State Trail in the Capital District, to assure the trails remain accessible to bicyclists, walkers, and runners of all ages and abilities.

In Waterford, the state Hudson River Valley Greenway partnered with Saratoga County to rehabilitate a 1.2-mile section of the Empire State Trail. The project, which is part of the Champlain Canalway Trail, improved a 20-year-old trail section that runs north from Main Street (Route 32) in the village and town of Waterford. Saratoga County constructed the improvements.

A new stonedust surface, safety fencing, and improved trail entrances were installed to facilitate public use. The Hudson River Valley Greenway provided a $275,000 grant to Saratoga County to fund the project, which began in September.

The Waterford trail is built on the towpath of the original Champlain Canal, which operated from 1823 to 1918, until the modern canal was relocated to the Hudson River. 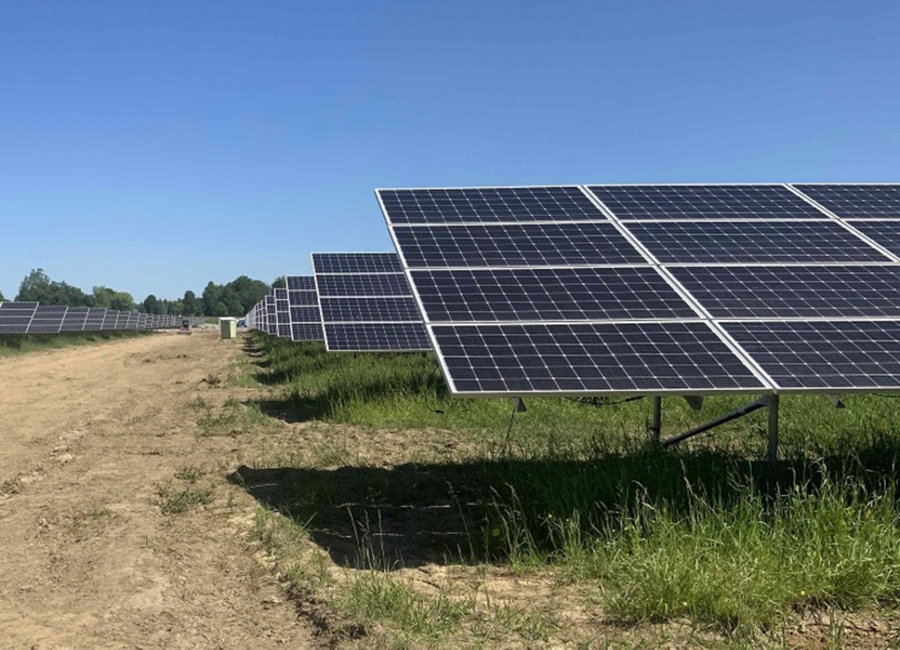 The Saratoga Regional YMCA may be more than 150 years old, but its commitment to environmental sustainability and stewardship is very much rooted in the realities of 2021.

The organization recently enrolled in the Nexamp community solar program, subscribing to a solar farm in Pendleton, Niagra County, and offsetting up to 90 percent of its annual electricity usage, generating valuable savings that enable more programming and services across its multiple locations.

With a 900 kW subscription, Saratoga Regional YMCA will save up to $13,500 each year through the discounted rate it pays for community solar credits applied to its National Grid bills, realizing more than a quarter million dollars in savings over the course of the contract. Community solar farms generate clean energy that is fed directly to the grid, earning credits that are allocated across the subscriber base and billed at a fixed discount to create customer savings, officials said.

“We support more than 25,000 members in the region, offering a wide variety of services focused on overall wellness for families and individuals of all ages,” said John Pecora, CFO, Saratoga Regional YMCA. “As part of our mission, we recognize the importance of a healthy environment and the role of clean energy in making that possible. Enrolling in a community solar program provides us with the dual benefit of saving money that makes our budget go further while also participating in the growth of much-needed clean energy on the grid.”

Since its inception, the COVID EIDL program, a federal disaster relief loan designed to better serve and support our small business communities still reeling from the pandemic, especially hard-hit sectors such as restaurants, gyms, and hotels, has approved nearly $300 billion in relief aid. Specifically, the following updated guidance is being provided:

EIDL loan and Targeted Advance applications will be accepted until Dec. 31 and will continue to be processed after this date until funds are exhausted.

Borrowers can request increases up to their maximum eligible loan amount for up to two years after their loan origination date, or until the funds are exhausted, whichever is soonest.

She didn’t realize it at the time, but when Jesse Peters was invited to bid on a local airport habitat restoration project, her sustainable landscape business, Jessecology, would soon take off in a new direction.

“I didn’t win the bid on the plant piece of the project, but it was illuminating to me how great a need there is for propagating seeds of native plants for projects like these,” said Peters, an ecologist now in her 16th year of business.

Peters has been growing plants from seed for 10 years for wholesale use and do-it-yourself gardeners. But she said harvesting seeds for resale “was basically a hobby until that project for 90 acres shed light on the need.”

Any surplus she had in the past she typically donated to organic farms in the area to sow native plants around the fields.

“The wildflowers help bring in more pollinators to the farms and improve their crops,” she said.

Both attorneys and their paralegals have made the move to 68 Warren St. where FitzGerald Morris is headquartered. Prior to the merger, the firm employed 14 attorneys and a total staff of 32.

According to FitzGerald Morris Baker Firth managing partner John Aspland Jr., he and O’Connor have been friends for many years. The idea of merging firms began to take root 10 years ago.

“We had some communications about 10 years ago where we started discussing some of the synergies between what he does and what we do and the clients that we have that have some common interests. We started that conversation and occasionally over the years revisited the discussion. He is an icon in the local legal community and has some fantastic clients that are very active,” Aspland said.

The program serves approximately 50,000 students throughout the Capital Region annually, according to SPAC. The contribution marks the beginning of a five-year campaign as part of Subaru of America’s annual “Share the Love” event.

“Our education program has grown exponentially over the past five years,”  said Elizabeth Sobol, SPAC president and CEO. “This generous gift will help us reach even more students and children with free and engaging arts programming like SPAC’s Learning Library, our Classical Kids program, and dance workshops with New York City Ballet and National Dance Institute.

“SPAC’s commitment to education and community clearly aligns with everything that the Subaru brand stands for,” said Chris Mackey, Mackey Auto Group managing member. “Putting the community first and selling cars and trucks second has been part of Mackey Auto Group’s ethos since the beginning. We truly believe in the vision that SPAC has for the future and know that this funding will have a huge impact on access to arts education throughout the region.”