The Saratoga Chowder Fest ‘N Tour in March involved 74 vendors, including 12 first-time participants, who sold 83,931 bowls of chowder, according to Discover Saratoga which organized the event.

It was held Saturday, March 19, through Saturday, March 26. Chowder lovers had the opportunity to dine-in or purchase pints and quarts of chowder to-go at participating locations throughout the week.

The 24th annual Chowderfest celebration took place on Saturday, March 26, 11 a.m. to 4 p.m. Event-goers sampled a variety of chowder from participating vendors for $2 each and voted for their favorite.

• People’s Choice 500 bowls or less: The Mill on Round Lake, Bubba Gump Chowder.

The Capital Region continued to grow through the pandemic, making it one of only two economic development regions in the state to see total population gains between July 1, 2020, and July 1, 2021.

Even more, the eight-county region had New York’s greatest number of annual net domestic movers during that period, according to a Center for Economic Growth analysis of new U.S. Census Bureau estimates.

“We are a million-strong region and getting bigger. The Center for Economic Growth launched our CapNY talent attraction campaign in April 2021,” said CEG President and CEO Mark Eagan. “We sensed that if we could raise awareness about all the opportunities and lifestyle in the Capital Region, then more people would want to come here to work and live. We were onto something, and these Census Bureau population estimates show that.

“The GoCapNY.com website is attracting much traffic, especially from the New York City and Boston areas, and we will be launching new initiatives to engage and connect with interns this summer.”

Finnigan’s on the Lake is a new tavern and grill located on Ballston Lake.

The space at 175 Lake Road was previously occupied by Villago Pizzeria, which operated there for seven years before closing in July of last year.

Before opening Finnigan’s on the Lake, owners Matt and Stephanie Finnigan operated Ballston Lake’s Carney’s Tavern from 2013 until 2021.

The couple made the decision to close Carney’s after an inspection of the building revealed structural problems that would be too costly to repair. They began looking for a location to establish a new eatery in either Clifton Park or Latham.

“We had looked at this location (175 Lake Road) a year prior. It had been for sale for a while, but it just wasn’t turnkey enough for the price they were asking at the time,” said Matt Finnigan. “As luck would have it, the stars just kind of aligned and somebody else bought the property and we ended up coming up with the lease option on the building where we have first option to buy. We had just begun looking at spaces, and it was inside of three weeks that this just kind of landed in our laps.”

The Finnigan’s do not own or operate the boat launch that is across the street from the eatery. In prior years, boaters were able to pay at the restaurant to use the launch, but that is no longer the case.

The New York State Tourism Return-to-Work Grant Program, created to incentivize employment growth by providing financial assistance to businesses in the tourism industry that suffered economic hardship due to the COVID-19 pandemic, has grants of $5,000 up to $200,000 to incentivize employment growth for businesses in the tourism industry.

To receive a full benefit, employers will have to maintain employment increases over six months.

Grants will be limited to for-profit or nonprofit businesses servicing the public and engaged in a tourism-related fields including accommodations, arts, entertainment, sightseeing, transportation, tour operators, convention and visitor groups, or other businesses that, in ESD’s sole discretion, qualify as businesses in the tourism industry.

Further, to qualify for grant assistance, all eligible applicants must:

• Continue to be in operation as of the date of application. 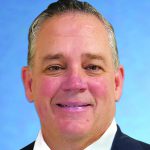 Spaulding is a member of the NBT Insurance leadership team and will lead the expansion of the Agency’s Retail-Personal Insurance Division. He brings more than 25 years of experience to his new position, including leadership positions in sales, underwriting and operations.

He comes to NBT Insurance from Travelers Insurance Companies where he most recently served as Eastern New York state regional sales director.

The vice president of retail-personal insurance is a new position at the agency, intended to drive growth in our current and expanding footprint, the company said.

Spaulding is part of the expanding team of insurance professionals based at NBT Bank’s Saratoga Springs location.

Currently a board member of Big Brother Big Sisters of the Southern Adirondacks, Spaulding previously volunteered as a youth sports coach in the Queensbury area where he resides with his family. 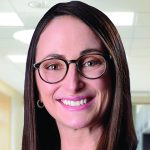 Saratoga Hospital has named Kristin Mosher director of marketing and communications, responsible for internal and external communications at all hospital locations.

Mosher, of Ballston Spa, joined Saratoga Hospital in 2016 to head its digital marketing efforts. She dramatically increased the hospital’s social media presence, oversaw the redevelopment of 10 websites under the Saratoga Hospital umbrella, and took on the day-to-day management of the marketing and communications department.

A grand opening is planned for 2 p.m. that day.

The opening celebrations will continue Friday, April 15, with the golf course opening for play at 8 a.m. for the first time of the season.  Later that evening will feature live music from Skippy and The Pistons from 7-10 p.m., and a firework display starting around 8:30 p.m.

The Cooley Kill Restaurant & Bar opened for guests on Wednesday, April 6. Passholders and the general public are invited to visit Wednesday through Saturday, with hours of operation from 4-9 p.m.

Reservations are requested at www.CooleyKillRestaurant.com.

The restaurant’s name and re-designed logo pay homage to the Cooley Kill, a once vital water supply resource to the early settlers of what is now Clifton Park, according to the owners.

Today, Cooley Kill remains an important asset to Van Patten Golf Club as it functions as the club’s main drainage line, pulling water from the course and depositing it into the property’s ponds. Once there, the water is then used to irrigate the course.

The Saratoga Springs Preservation Foundation received a $50,000 contribution from The Carruth Foundation, a Texas-based organization, to help underwrite the rehabilitation of 65 Phila St., the long-neglected Alexander A. Patterson House.

The Foundation purchased the 1851 Italianate residence on May 21, 2021, to preserve the building that had been on its endangered list since its inception in 1998.

“The Carruth Foundation does not normally make donations to out-of-state projects. But, we believe the Phila Street rehabilitation is very important to maintaining the history and integrity of Saratoga Springs and all it represents,” said Zane and Brady Carruth. The Carruths, who live in Texas, started coming to Saratoga Springs because of the Saratoga Race Course. They have since purchased a historic residence in the city.

“We are most grateful for this unexpected gift that will help us achieve one of our long-term strategic goals to partake in a rehabilitation of an endangered building,” said Samantha Bosshart, Foundation executive director. “With overwhelming generosity from the Carruth Foundation, individuals, and businesses, thus far we have raised nearly $150,000 in donations and grants, which is half of our $300,000 goal.”

According to the Foundation, Alexander A. Patterson built the house at 65 Phila Street in 1851. He was an Irish immigrant whose listed professions included builder, architect, and later owner of the Patterson Mineral Spring Pavilion located at 22, 24, and 26 Phila St. The Patterson family remained in the home for 90 years. Later, the Congregation Bais Moishe Inc. in Brooklyn owned 65 Phila St. for more than 30 years, using it as a summer residence.

The extended deferment period—30 months deferment from inception on all approved COVID EIDL loans—will provide additional flexibility to small business owners impacted by the pandemic, especially those in hard-hit sectors managing disruption with recent variants, as well as recent supply chain and inflation challenges amid a growing economic recovery.

Since its inception, the COVID EIDL program, a federal disaster relief loan, has allocated more than $351 billion in relief aid to 3.9 million borrowers, including to the smallest of small businesses from historically underserved, disadvantaged communities, according to the SBA.

“Though our small business owners continue to power a historic economic recovery under the Biden-Harris Administration, we must continue to do everything in our power to meet our small businesses where they are with resources to ensure they can recover and thrive,” said SBA Administrator Isabel Guzman. “This extended principal and interest deferment will provide financial relief to millions of small business owners—particularly those hardest-hit by the pandemic and related marketplace challenges – so they can continue to pivot, adapt, and grow.”

The deferment extension is effective for all COVID-EIDL Loans approved in calendar years 2020, 2021, and 2022. Loans now have a total deferment of 30 months from the date of the Note. Interest will continue to accrue on the loans during the deferment.

The event will be held July 13-17 at White Hollow Farm, 28 Brickhouse Road in Stillwater and is open to all competitors in the equestrian community, spectators and vendors.

“Exhibitors and attendees will be offered multiple opportunities throughout the show and beyond to meet, interact, listen, and learn from many remarkable women, in all types of business, willing to share their story and career paths,” said Adele Einhorn, organizer of the event. “Additionally, there will be educational opportunities to learn from women professionals at the show.

“This event is something that has never been done before. The equestrian community is dominated by women yet operated by men. We intend to break the mold by having women fulfill all positions for the show while showcasing women in business in the equine world and beyond, and women that ride and have full-time careers.”

Proceeds from the event will fund organizations that support women’s health and emphasis will be made to reach young people and minorities who might not otherwise have exposure to the many career opportunities related to the horse business.

“As former mayor of Saratoga Springs, I am thrilled to be a part of the Saratoga Women in Business Spectacular Horse Show,” said Joanne Yepsen of Yepsen & Pikulski who is working to promote the event and recruit participants and sponsors. “The event is not only a venue to showcase the hundreds of women in business, but also spread awareness for the opportunities that exist for women and youth to work in and own businesses that serve the equine and the agriculture industries in New York state. We are proud to produce this event in Saratoga County while providing significant economic benefits to our local region.”

Local restaurants, wholesalers, and other businesses looking to connect with local food and beverage producers will have a chance to meet face-to-face at the Taste NY Producer Showcase this month.

The Lake George Regional Chamber of Commerce and Taste NY will present the showcase on Thursday, April 28, at SUNY Adirondack. It will take place in the Northwest Bay Conference Center at Adirondack Hall, 640 Bay Road in Queensbury.

This business-to-business expo event is intended to help farmers and agricultural producers in the Adirondack region and New York State grow their businesses and encourage hotels, restaurants, bars, retail locations, and institutions to purchase local products. In addition to the expo, businesses can also take part in educational workshops and a networking breakfast.

This showcase will be the third business-to-business food show organized by the Lake George Regional Chamber of Commerce. The Adirondack Region Food and Farms Business Expo was held at SUNY Adirondack in December 2019 followed by a first-of-its- kind Virtual Taste NY Producer Showcase in October 2020 which featured 60 producers in a fast-pitch virtual environment.

The virtual format was a modification made to the event in response to the challenges presented by the COVID-19 pandemic.

“We are pleased to return to the in-person format this spring with a showcase that offers 50 New York State producers an opportunity to connect with potential wholesale buyers and attendees from the Adirondack region,” said Gina Mintzer, Chamber executive director.