DeCrescente Distributing Co. (DDC)  has become the exclusive distributor of Shmaltz Brewing Co.’s award-winning core beers, as well as their special releases throughout the Capital Region.

“Shmaltz fits a unique niche in this market, having been brewed in Saratoga County since 2003,” said Russ Teplitzky, general manager at DDC. “Their award-winning selection and fun brand personality are a great addition to our world class craft beer portfolio.”

In addition to teaming up with DDC, Shmaltz recently transitioned all packaging into cans. There will be a limited release of Jewbelation 22 Anniversary Ale, a brown ale; No Shtick, a New England-style double IPA; and R.I.P.A. Rye Double IPA, brewed with malts and hops in 16-ounce cans for the first time.

NYRA adjusted racing dates for the  Belmont Park spring/summer meet and the Saratoga summer meet to ensure the continuity of racing operations in New York in light of proposed timelines for the construction of a new arena at Belmont Park, officials said.

The Saratoga meet will begin on July 11, but the number of racing days remains at 40. In the past, each Tuesday was a dark day when races were not held. This season, Monday and Tuesday will be dark days, except for Labor Day, which traditionally is the final day of the meet and will remain so.

According to NYRA, the adjustment is based on initial timelines presented by Empire State Development (ESD) and the New York Arena Partners (NYAP) for the potential construction of an arena for the National Hockey League’s New York Islanders at Belmont Park.

The construction timeline presented by ESD and NYAP through the public hearing process in early January indicates that work on the new arena at Belmont Park could begin as early as the second quarter of 2019, leading to potential disruption during morning training and afternoon racing. These changes to the racing calendar are designed to protect equine and human athletes, and to mitigate potential impact to horsemen and the backstretch community.

As approved by the New York State Gaming Commission (NYSGC), the Belmont Park spring/summer meet will feature a revised 48-day calendar to commence on Friday, April 26 and run through Sunday, July 7.

The show offers 120-plus Home and garden exhibitors plus the work of 25-plus regional artisans.

Now in its 46th year, it features 120 regional exhibitors showcasing a wide range of home improvement services, décor and furnishings, energy-saving products, outdoor living and landscaping, family recreation, and lifestyle products and services. On the City Center’s second floor, a fine art and craft event showcases artisans such painters, photographers, wood crafters, jewelers, and a winery, all with items for sale.

Chamber of Southern Saratoga County officials say they have aggressive plans in 2019 to address local and regional issues such as workforce, business development, economic and community concerns—with a focus on alignment with educational institutions, a passion for community and high-profile events, and a willingness to partner with other organizations where practical and effective.

Matthew J. Grattan, director of community and economic development of the Office of the Vice President for Research at SUNY Albany, is the chairman board chairman for 2019.

“The Chamber board along with its dedicated staff is committed to strengthening our role as a driver of community and economic activity in Southern Saratoga County,” said Grattan. “The Chamber and our members continue to face a challenging business environment in terms of the ability to attract and retain talent and new proposed regulations that could impede growth.”

He directed attention to the ongoing workforce challenges faced throughout Tech Valley: 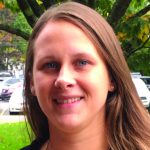 She will also be overseeing the marketing department. 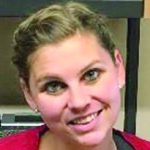 The Chazen Companies announced that Elizabeth Bartosik and Johnathan A. Gell have received their engineer in training (EIT) designation.

EIT is a professional designation from the National Council of Examiners for Engineering and Surveying (NCEES) to designate a person certified by the state as having completed a minimum of three years of post-secondary school with an accredited engineering program and has passed the NCEES six-hour Fundamentals of Engineering examination. Receiving an EIT designation is one step toward professional engineer licensure.

The city native spent most of her life in Florida. She returned 10 years ago to care for her ailing grandmother.

“I like Saratoga and always wanted to come back because I thought it was beautiful,” said Boals.

She is putting the finishing touches on her new space in the lower level of 1 Phila St., just off Broadway. Previous tenants included shoe store Stephanie Anne’s and Reruns Consignment.

“I totally changed the space, and it’s still not done,” said Boals.

The GlobalFoundries-Town of Malta Foundation has awarded 46 grants totaling $165,500 for local organizations and community projects.

Since its inception, the Foundation formed by GlobalFoundries and Malta has donated more than $1 million to the Malta community.

Following are the organizations that received grants and their respective amounts.

•  Shelters of Saratoga, $1,000 for street outreach and supplies to Malta residents in need

The previous branch, at the intersection of Northern Pines Road, was destroyed by fire in 2017.

The new Wilton Branch interior was designed by Ed Rovetto of Rovetto Design and features a dynamic, curved teller station; high ceilings; exposed wood; and a full-wall rendering of the Adirondacks at sunset by photographer Jonathan Zaharek.

The Saratoga County Prosperity Partnership has launched a business mentorship program it says will connect owners of small- and medium-sized businesses with successful entrepreneurs to share their expertise and support the growth of emerging companies.

Protégés are being sought for the Circles of Seven (C7) mentorship experience, through which seven established business leaders will each meet monthly with six protégés over the next nine months.

Mentors will offer knowledge gained from their experiences in growing their own businesses, while protégés will have an outlet to discuss business challenges, both with mentors and business owners who may be facing similar obstacles, the economic development organization said.

Ribbon Cafe in Ballston Spa was the big winner at the 21st annual Chowderfest held on Saturda in and around Saratoga Springs.

Event-goers sampled a variety of chowder from participating vendors for $1 and voted for their favorite. Winners were chosen in seven categories.

The winners are as follows: