The treatment program is an adult orthodontic aesthetic treatment that has proven effective in straightening teeth and improving overall appearance. While it shares certain similarities with traditional orthodontic procedures, it is less invasive and it uses tooth-colored wires and resin brackets.

Like traditional orthodontics, patients in the Six Month Smiles program see Dr. Dennis every few weeks to change the wires and gauges. Unlike the Invisalign treatment, which has been around for several years and takes much longer to work, Six Month Smiles is true to its name, usually taking between six to eight months.

The other notable difference between Six Month Smiles and traditional orthodontic or Invisalign treatments is cost.

“This procedure costs about half of traditional orthodontics,” said dental hygienist Rachel Lyons, who has been with the practice for nearly ten years. She added that a typical Six Month Smiles treatment program usually costs about $3,400.00.

The New York Racing Association (NYRA) reported that the recently completed summer meet at Saratoga Race Course set a record for all-sources handle with $676.7 million being wagered during the 40-day meet.

“We were extremely pleased with this year’s handle,” said Chris Kay, NYRA president and chief executive officer. “It’s a real credit to everyone in the organization, but in particular the racing department that we were able to generate such handle.”

The Adirondack Trust Co. and Upstate Transit of Saratoga are the diamond sponsors of the Expo.

Exhibitor space is always a sell-out with nearly 150 companies on hand to share ideas, products, and service expertise with other businesses in an interactive face-to-face trade show format, Chamber officials said.

“The Saratoga County Business-to-Business Expo is the Chamber’s, and perhaps the Capital Region’s, largest business-to-business networking event of the year. With over 2,500 business professionals from all over the area, networking opportunities are plentiful if you are looking to build leads and grow your business,” said Todd Shimkus, Chamber president.

The Adirondack Trust Co. has signed a letter of intent to purchase the assets of the Sutton and Tarantino Insurance Agency, an independent agency based in Saratoga Springs with a satellite office in Ballston Spa.

The transaction is expected to close by Jan, 1, officials said.

Sutton and Tarantino is recognized as a respected insurance agency which has represented individuals, families and businesses in the Saratoga County community since 1955, bank officials said.

“I am looking forward to having my entire team of insurance professionals join the highly skilled insurance staff at the Adirondack Trust Insurance Agency,” said Rod J. Sutton, owner of the agency.

“Our organizations’ shared cultures, values and commitment to superior customer service prove to be a natural and exciting fit for the future. We look forward to offering our clients a broader variety of financial services on a local, independent and personal basis,” he said. “Our combined entities will offer our individual and business clients the most competitive, comprehensive and independently developed insurance options available in the marketplace.”

Circus Café, 392 Broadway in downtown Saratoga Springs, has long been associated with a fun, family-friendly environment and a lively nightlife.

In July, the restaurant was listed for sale by owners Colin and Christel MacLean. They plan to devote more time to their latest entrepreneurial enterprise, Saratoga Juice Bar, which is growing.

Christel called the decision to open Saratoga Juice Bar another instance of “Saratoga serendipity.”  She and Colin had just completed the purchase of the Crowne Grill and were absorbed in getting that restaurant off and running when, much to their surprise, the small storefront a few doors down that they’d been eyeing for months became available.

“We are always looking for ways to do something better or finding the next best thing,” she said. They determined the organic and all-natural juice business is a fast-growing across the country. Millennials are health conscious and baby boomers are looking for ways to stay younger. Saratoga County had also just been named the healthiest county in the state.  It all made good business sense.

“We went to L.A. and New York City to study under master juicers and develop our business model for the Juice Bar,” said Colin. “Our goal was to do it one time, the right way.”

The Falafel Den on Phila Street has moved, but only a very short distance, to a larger space.

The establishment moved from 6 Phila St. to 10 Fila St., in the same block just off Broadway in downtown Saratoga Springs.

The spot at 6 Phila St. was only about 100 square feet of space. It was mainly a takeout restaurant. Prior to being the Falafel Den, that location was occupied by Alpha Dogs, which specialized in hotdogs to go and had a few other menu options.

Falafel Den took the small space over in 2014, owned by Zouhir Lian. Lian was born in Syria and moved to the United States in 1990. He lived in New York City for many years before moving to Saratoga Springs in 2012.

Soon it became obvious that Falafel Den would need more space. The 10 Phila St. location became available and Lian opened there in July. It has 400 square feet of space, which means room to accommodate many more people.

“Our business has doubled so far since opening here,” said Lian.

The inside is adorned in red and gold, with decorations and artwork on the walls. Colorful fabrics drape the counters.

Deborah DePasquale’s new business, Toga Heritage, reflects her fond memories of childhood summers in Saratoga: picnics and barbecues, trips to the races, learning to play golf, visits to the Saratoga Performing Arts Center, and sips from the mineral water fountains.

The shop offers items from hats to picnic baskets to help capture that nostalgia.

She calls it a “lifestyle business,” aimed at “locals and locals at heart.” Physically, it is a shop housed in part of the Paper Dolls stationery store in the Saratoga Marketplace at 454 Broadway in Saratoga Springs.

DePasquale said that she launched her brand in 2016, selling at polo matches, fashion shows and similar events. Some of the items she sells are manufactured under her own label. Others, she buys wholesale.

LeverPoint, a company based in Clifton Park that provides accounting, tax preparation, payroll and similar services to private equity and venture capital firms, has seen “exponential growth” in the 10 years since it became an independent company, according to its CEO, David MacPhee.

MacPhee was part of a group of employees who bought a division of Ayco, a subsidiary of Goldman Sachs, in 2007. The company, which became LeverPoint, then had 18 employees.

He said it now has some 150 employees and serves 108 clients with close to $50 billion in assets under management. MacPhee became the company’s CEO in 2009.

Aug. 7 was LeverPoint’s official anniversary date, but a party was held Aug. 25, with a Friday afternoon employee outing at Saratoga National Gold Course.

LeverPoint is headquartered at 5 Maxwell Drive, but it services clients throughout the United States, with the largest number in New York City. Although the company has few clients in upstate New York, MacPhee said he “doesn’t see taking the growth away from here and taking it someplace else.”

He expects to add between 20 and 30 new jobs in the coming year, mostly accountants and CPAs.

“We want to become the nation’s largest pure-play fund administrator in the not too distant future,” he said.

Fred Whipple knows fire safety. From his family’s history with the Saratoga Springs Fire Department, to building his own career, he has been a part of the fire safety field for his entire life.

Now, the retired firefighter is bringing his knowledge to his own business, Saratoga Fire Extinguisher.

He said after retiring he wanted to still utilize his expertise via fire extinguisher sales and service. He specializes in portable fire extinguishers, emergency lighting and other safety products for business and residential customers.

“I wanted to start this business to provide a service that is lacking locally. There are a few companies out there but none that are from Saratoga Springs,” said Whipple.

He said state and local laws govern all public places and businesses in regard to fire extinguishers, and those extinguishers need to be serviced and inspected yearly by a trained professional company. 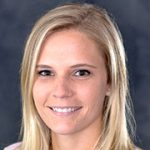 Roohan Realty in Saratoga Springs announce that Meghan McBride has joined the company as an accounting specialist.

The company also announce the promotion of Eli King to digital marketing manager. She has been with the company for three years. 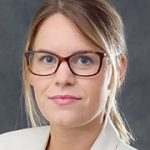 McBride grew up in Mechanicville and received a Bachelor of Arts degree in psychology from Siena College in 2013.

After school, she began her career in accounting.

With over a decade of experience in real estate marketing and technology, King specializes in search engine optimization, content strategy and predictive analytics. She worked for a real estate firm in Lake George for several years before joining Roohan Realty in 2014. Eli, of Saratoga Springs, is a graduate of Manhattanville College. 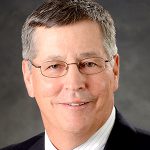 As a managing member at Luther Forest Wealth Advisors LLC and a senior partner at Kumlander, Donofrio, Hay & Pehl, CPAs, LLP, Pehl brings both comprehensive leadership and financial skills to the Wesley Community.

He previously served as chairman of the board of directors of the Saratoga County Chamber of Commerce and president of the board of directors of Transitional Services Association Inc., a Saratoga Springs-based nonprofit organization. He was treasurer and board member of the Saratoga Center for the Family. He is also the former treasurer of both the Gore Mountain Ski Club and Saratoga Springs Alpine Ski Team.

A native and current resident of Saratoga Springs, Pehl is a graduate of Clarkson University.