Visit Saratoga.com For Everything Saratoga
Enter Giveaways Advertise
Home  »  Community  »  Out With The Old, In With The New 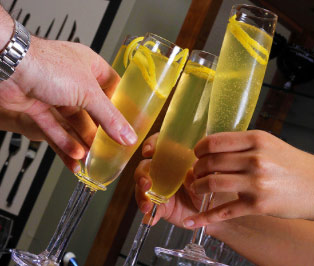 Should old acquaintance be forgot and never brought to mind?

That’s what the quintessential New Years song asks (Auld Lang Syne, for those that might not know offhand).

But when most people think of the New Year, they think of well…new. New promises to yourself that you may or may not keep, perhaps new relationships, new job, new home; whatever it may be.

What are you doing to ring in the new this year? It’s a big one — we’re  entering the second decade of the 21st century.
I keep wondering where the past decade went. I am not old, by any definition (unless you’re under the age of ten) — but realizing that I can remember entirely the past decade and then some makes me feel it, somehow.

Enough of my nostalgia, though — what is everyone in Saratoga doing this New Years? Of course, of course, there is First Night here in Saratoga, which we at Saratoga.com are a sponsor of..but did you know that First Night is actually the second biggest New Years event in New York state, after Times Square, of course (and who would want to stand in the same two inches of space for ten hours in the cold just to watch a ball drop for ten seconds — I mean, c’mon!).

I’m sure there are a lot of other things going on in the area; or are you going to quietly welcome 2011, curled up on your couch watching an old movie?

But whatever you may be doing, have a happy and healthy New Year. See you in 2011!