That Saratoga Springs has declared a snow emergency, of course. Why would there be anything else worth mentioning? (I mean, it’s not like the President is coming to town…oh. Wait.) 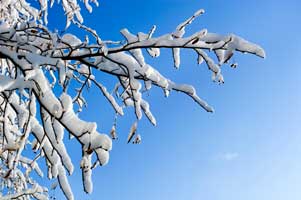 The Department of Public Works declared a snow emergency beginning at 9 this morning that could drop from five to twelve inches of snow in the Saratoga region. For more details — check out the article on the Saratogian.  So brace yourselves — but remember…weathermen always lie, and i’m looking out my window right now, and it’s barely flurries out there.
As for that other thing going on…well, the President is coming to Schenectady on Tuesday January 11, 2011. Likely taking a tour of the GE facility there, and maybe catching some hoops. But who knows? He only stayed maybe, oh, two hours last time he was in town?
Only time will tell.