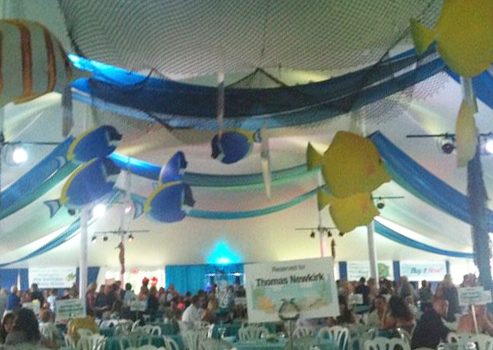 It’s true that dinner at the Wishing Well in Saratoga Springs is absolutely amazing… the only thing more amazing, in fact, might be the generosity of Marylou Whitney and her husband John Hendrickson, as Wednesday night’s auction proved.

On the evening of Wednesday, August 3rd, The Lodge at Saratoga Casino and Raceway played host to the annual Under the Sea Gala and Auction to benefit the Saratoga Hospital Foundation. Prizes ranged from gift cards to home remodel packages and more. But there was one item that sent Saratoga’s famous couple into a bidding war against each other…

Though the $100K figure is quite surprising (particularly with just a $2,250 opening bid), the winner should come as no surprise. Marylou wins the bidding every year, regardless of the cost. She and her husband are very good friends with the Wishing Well owners and good patrons of the restaurant, but the fact that she and John raised the bidding price up 20 times the $5,000 it cost her last year proves their unwavering generosity and the dedication they have for the community… and it also proves just how good food is at the Wishing Well that they were willing to pay $100K for dinner! 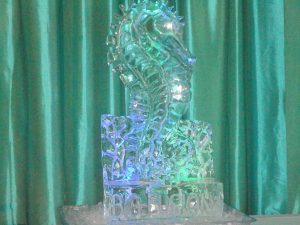 Marylou and John are wonderful benefactors of the hospital, which has actually saved her life a few times, and the money is going to be used toward a new Community Health Resource Center to help Saratoga’s low-income and uninsured individuals.

Terry Lee, the director of the Saratoga Hospital Foundation said her heart was racing as the numbers soared higher and higher. What a heartwarming story!

Though there were nearly 150 prizes, the Wishing Well dinner was the highest single item sold that night, and actually in the entire history of the auction. A few of my friends were at the benefit and got to witness the action first hand as the couple bid the dinner up to $100K.

“There was quite the cheering when the bidding finished!” said Sara Mannix, Founder and CEO of Mannix Marketing, Inc. “I can’t say enough about the extremely generous hearts of John and Marylou and what a great thing the new Community Heath Resource Center will be!”

If you had Marylou Whitney’s wealth and philanthropist spirit, which Saratoga restaurant would you pay $100K to dine at?