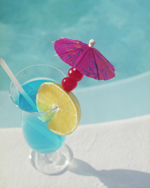 The country’s premiere tribute show to the tropical singer-songwriter Jimmy Buffett, Changes In Latitudes, are coming to the Parrot Head Festival in June! These guys (and girls) will transform the Saratoga County Fairgrounds into the ultimate beach party!

The Parrot Head Festival (presented by Saratoga.com) will feature amazing bands, grass skirts, a VIP sand bar, cheeseburger and margarita competitions, and more tropical fun! If you’re a Jimmy Buffett fan, you’re not going to want to miss this beach party!
Changes In Latitude will be headlining the show, a band that has been called the most authentic Jimmy Buffett tribute show in the country. Want to learn more about Changes In Latitudes? Read on..

Steve Kareta is on lead vocals/guitar for the band, and he really started the whole thing a while back after playing at one of his buddy’s wedding party. After playing some Buffett for a few friends, they realized that Steve sort of looked like him, and really sounded like him.

Steve joined forces with some friends that were already in an Elton John tribute band, and the Jimmy Buffett stuff really started to take off. The fans were loving it, and Steve started buying props and stage decorations to really bring the show to life. The band continues to gain popularity to this day, ten years later! Changes In Latitudes went from being a local Western Massachusetts band to playing shows from Maine to Barbados!
Changes In Latitudes doesn’t just play Jimmy Buffet music either; they bring the whole show. From tiki torches to palm trees, a 12-foot lighthouse and inflatable sharks, they bring the beach with them. There are a ton of Buffett bands that just play the music, but when you see Changes In Latitude you’ll think you’re boogiein’ in Margaritaville!
The Parrot Head Festival on June 23 is going to be a blast for sure. Come enjoy the music, a cheeseburger, and a margarita (or two) at the tropical bash of the summer!
Get all the details on the Parrot Head Festival here >>
Want to win FREE Tickets? Enter here >>