Saratoga is one of the best nightlife scenes in the area. Why? Because Saratoga Springs offers tons of local musicians playing live music, killer dance floors and one of the best Irish pubs in the world?

Yes! Earlier this week The Parting Glass was ranked third on a list of the top Irish pubs worldwide by readers of the Ireland of the Welcomes magazine.

The Parting Glass was one of only two pubs in the United States to be named! Other winning establishments outside of Ireland were located in Canada and Australia. 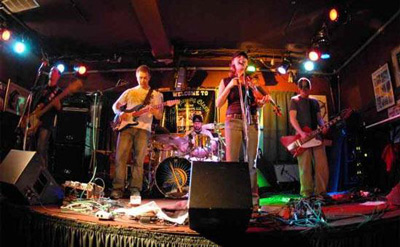 The Parting Glass was established in 1981 and is said to be the oldest continuously run bar and restaurant in Saratoga Springs.

The pub is known for its wide selection of beer (they serve more than 100 beers), great live music and one of the best pints of Guinness in the United States.

Saratoga is no stranger to national recognition, but to be recognized by an international media outlet is surely a great honor.

Congratulations to The Parting Glass. Saratoga couldn’t be prouder!

Do you frequent The Parting Glass? Are you surprised by the news?