The Saratoga Performing Arts Center is kicking off its fourth annual Battle of the Bands, an event that gives local rock stars in the Capital Region and beyond the opportunity to showcase their talents and compete for exciting prize packages.

Presented by WEQX and The Recording Company, this year’s event will choose two winners: a “judge’s choice” and “audience favorite.” Contestants have until May 2nd to submit online entry forms and YouTube video auditions of original music here, and afterwards ten finalists will be chosen to compete. 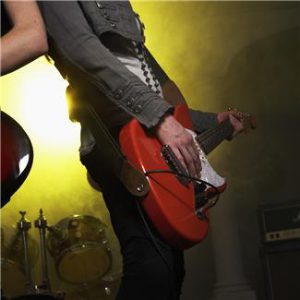 In an exciting new twist to the event, from May 3 – 8, the public will have the opportunity to view audition videos and vote for their favorite band online. The band receiving the most public votes receives one of the 10 finalist spots, while the remaining nine finalists are chosen by a selection committee.

Ten finalist bands will be announced on May 10 on SPAC’s Facebook page, and the event will take place on Friday, May 24 at 7 P.M. at Saratoga Performing Arts Center.

The winners of this year’s Battle of the Bands will join previous winners, ten-piece party band CRUSH, which was followed by VONTUS and then The Dependents.

Will you be participating in this year’s Battle of the Bands?