Curious about Saratoga’s history? There’s an app for that!

A group of 80 students researched the history of numerous Saratoga Springs sites and joined employees at technology firm Garnet River to use the information they gathered to create a new iPhone walking tour application called ‘Tour Through Time.’ 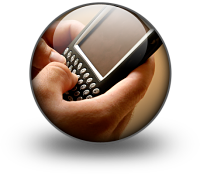 History buffs or walking tour fans may choose from three self-guided tours in Saratoga Springs — Broadway, Congress Park and the East Side.

An example of a tour stop on the app ‘Tour Through Time’ is 4 Franklin Square — originally called Marvin Square — a large, ornate Greek Revival house built around 1837 that’s listed on the National Register of Historic Places.

Alex Robinson, a student at Saratoga Springs High School said, “Using this technology makes me want to create more things and be more involved in this community. It made me want to learn more.”

‘Tour Through Time’ is specifically designed to coincide with this year’s 150th anniversary celebration of thoroughbred racing in Saratoga Springs.

The app offers visitors an interesting way to learn about local history and promotes the Spa City as a tourist destination, but those aren’t the only benefits of the program.

‘Tour Through Time’ can be downloaded for free through the iTunes store.

After ‘touring through time’ you can create your own Saratoga Itinerary – where will you be going first in our historic town?