A recent visit to the Saratoga Automobile Museum made a lasting impression on Robert Moskovits, an executive at the national charity Kars4Kids, headquartered in Lakewood, NJ.

Somewhat of a car enthusiast, Moskovits was amazed at how the Auto Museum opened his eyes to new pieces of automotive history he had yet to learn. He couldn’t stop talking about his Auto Museum trip to his coworkers, and they got in touch with us here at Saratoga.com to share his experience and photos. 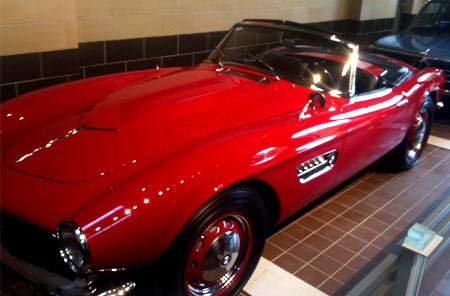 The following is a first-hand account of Moskovits’ visit:

“Being part of Kars4Kids for a while now has given me a real appreciation for cars.

It was an appreciation that developed over time; at first I was just familiar with cars nearing their end-of-life, and grew to learn how every car no matter how rusted, dented, or what mechanical issues it may have can still make a huge impact . Every car has some value and that value can put a smile on the face of a child.

But over time, working with cars ignited a passion within me — a thirst and curiosity to learn more — about their craftsmanship, history and how they evolved; it’s a vast subject, but I’m slowly getting to know it. In fact, Kars4Kids has recently begun posting pictures of some of the amazing “Kars” we receive on the Kars4Kids Garage.

So while vacationing in upstate New York, I knew I had to stop by the Saratoga Automobile Museum. Nestled in historic Saratoga Springs, right at the entrance to Saratoga State Park, just minutes from the natural baths which have made this park famous, sits this quaint little museum featuring some of the most historic automotive beauties.

Currently on display is an exhibit of priceless BMW cars and motorcycles from the early 1900’s until today, which is simply breathtaking. From a rusted 1st edition motorcycle discovered in a barn, to a beautifully restored 1937 Roadster that looks brand new, each piece has a story and tale behind it.

On the 2nd floor is the museum’s permanent exhibit “East of Detroit,” a collection of automobiles manufactured in New York State over the years. Featuring some well known names like Pierce Arrow and Packard as well as some obscure forgotten ones like Playboy and Franklin Airman (named so in honor of Charles Lindbergh), it is a unique historical tribute to the forgotten New York auto manufacturing industry.

Fun fact: In the early days, there were hundreds of car manufacturers, many producing as little as 40-50 cars a year!

What really got to me was how little I knew about this part of Automotive history. Here I am someone who works with cars and has become somewhat of an enthusiast, yet there is so much I don’t know. Seeing exquisite carriage cars bearing the insignias of manufacturers I never heard of was a thrilling yet humbling experience.

So much still to learn…

All in all – what can I say other than WOW… A visual delight for a delightful summer day.”

Robert Moskovits is VP of business development at Kars4Kids, a national charity that takes car donations and turns them into help for kids through a series of programs that positively impact the lives and education of thousands of children across the US. Learn more about Kars4Kids >> 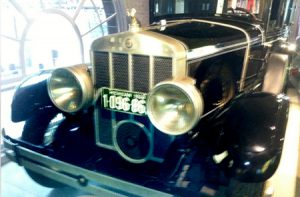 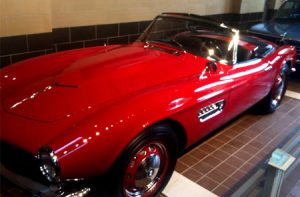 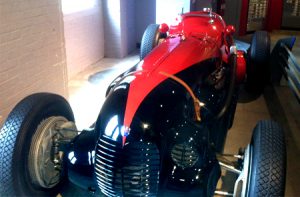 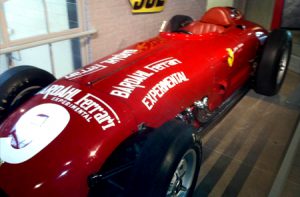 Planning your own trip to the Saratoga Automobile Museum? Have you been before? Share your comments below!