The new Saratoga County Fair Pageant was held in the Talent Pavilion on Tuesday, July 22, 2014.

The new Saratoga County Fair Queen 2014 is Kelly Philips, 17 years old, from Providence. She will attend many events at the fair and hand out awards, appears at the beginning of the Demolition Derby and acts as an ambassador on the grounds during the week of far. Off season she participates in Parades, public events and public speaking. 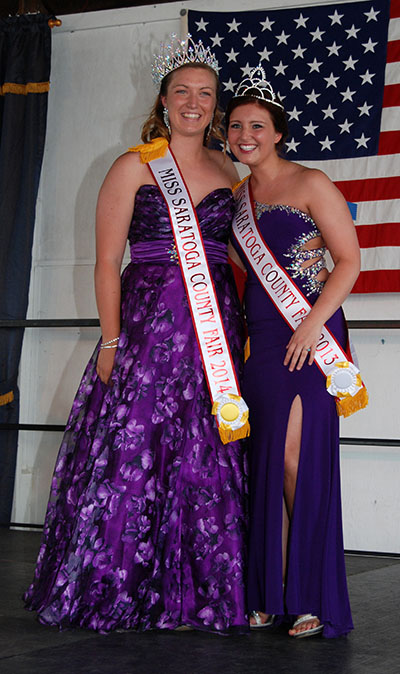 [The newly elected Saratoga County Fair Queen Kelly Philips (on the left) has the sash that says 2014, and the outgoing Fair Queen is on the right (2013 in her sash) is Madison Manuel]