Visit Saratoga.com For Everything Saratoga
Enter Giveaways Advertise
Home  »  Fun Stuff  »  Saratoga Is One Of The Best Small Cities In New York!

Back in May, we announced that Saratoga Springs had made Movoto’s list of the 10 Best Places in New York. While we were very happy about Saratoga’s inclusion in this list, our own editor Destiny Malone made known her displeasure regarding Saratoga’s ranking – tied for 10th. Fear not, Destiny! We’re happy to report that Movoto has compiled another list, this time of the Best Small Cities In New York, and Saratoga Springs has jumped up to 4th place! 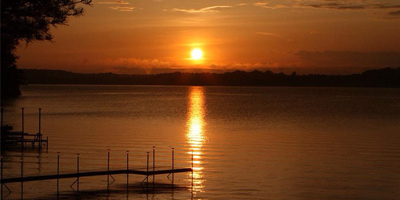 To come up with this round of rankings, Movoto narrowed New York’s cities down to those with populations between 60,000 and 100,000. The 178 results were then assigned values based on amenities per capita, quality of life (cost of living, median home price, median rent, median household income, and high school graduation rate), total crimes, tax rates (sales tax and income tax), unemployment, commute time, and weather (temperature and air quality).

Saratoga Springs ranked in the top 25 in most amenities per capita, lowest unemployment, best weather and had the lowest taxes out of any of the 178 cities! Movoto also made a note of Saratoga’s amazing restaurants being a great feature of the city. 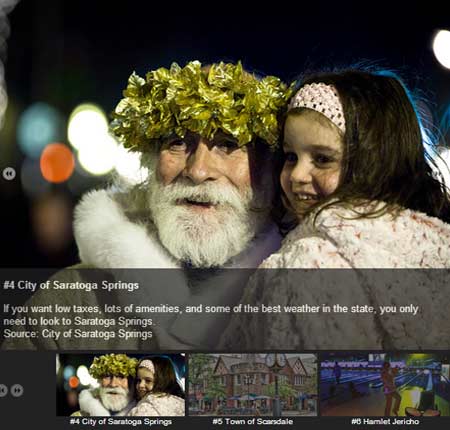 Even though we’re glad to be making progress, we still think that Saratoga Springs should be #1. After all, Saratoga was named the “Happiest City In New York” last month! Maybe Movoto will continue to revise its ranking algorithm and Saratoga will claim its rightful spot at the top!

Did you know that Saratoga’s slogan is “Health, History, Horses”? See the slogan in pictures here >>