Visit Saratoga.com For Everything Saratoga
Enter Giveaways Advertise
Home  »  Community  »  Explore the First Wilderness Heritage Corridor From Saratoga to North Creek
Visiting Saratoga this summer? Plan a fun day trip exploring the smaller towns and byways along this 60-mile corridor, filled with regional history and culture. Travel along the Hudson and through the lower Adirondacks, where you’ll discover destinations offering four seasons of adventure, and wilderness areas that attracted vacationers over a century ago. 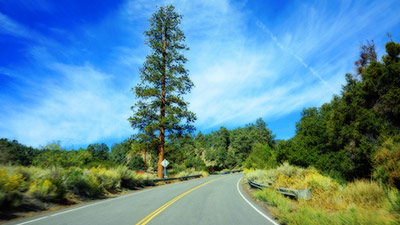 Corinth, Hadley, Lake Luzerne, Thurman, Warrensburg, Stony Creek, Riparius, Chestertown, North Creek — If you’re planning your first visit to the Saratoga area, your fifth, or even your fiftieth, you may have not heard of these small communities that are off-the-beaten path. A newly created map of the Corridor is hoping to change all that.

Planning your day trip is easy!
The map provides readers with travel times and detailed visual and
written descriptions along the 60-mile route from Saratoga to North
Creek. Pam Morin, a Warren County Department employee told the Troy Record
that she got an idea for the map
after seeing a similar one designed to promote tourism in the Hudson
Valley.

The history of the area can be seen throughout the region at sites and interpretive exhibits highlighted in the Corridor map, beginning with the area’s origin as Native American hunting grounds continuing on through conflicts such as the French and Indian War, and continuing with the Corridor’s natural channels of commerce. From soldiers utilizing trail systems, to a rail system developed by W.C. Durant in the late 19th century, you’ll follow a natural path that has led tourists to the Adirondacks year after year.

A second, larger map is in the works that will follow the Hudson River from Albany to its source, Lake Tear of the Clouds near Mount Marcy.

Heading to Saratoga for vacation? Be sure to get your hands on First Wilderness Heritage Corridor map and explore your way through the region! It can be found at libraries, museums, and chambers of commerce, as well as recreational outfitters and restaurants that have brochure racks.

So get out there and start exploring!