With Saratoga’s continued growth, nobody is denying the growing need for downtown parking solutions. There is some disagreement, however, in the best way to go about adding it.

The City Center has proposed plans for a 5-story High Rock paid-parking garage to replace the free parking lot behind the City Center. With the capacity to hold 480 vehicles, this new $10.4 million structure would be single use, offering parking only, which many citizens feel doesn’t make economic sense for Saratoga.

“We continue to look at our project, and are assessing the design and components to see what it is we can do to be responsive, if possible,” City Center President Mark Baker was quoted by the Times Union. “What we have proposed to date is not the finished product.”

Opponents of the current proposed plan argue a giant concrete parking garage and connecting pedestrian bridge over Maple Ave would be an eyesore misaligned with the historical integrity of the city when that space could be better utilized while still adding much-needed parking. 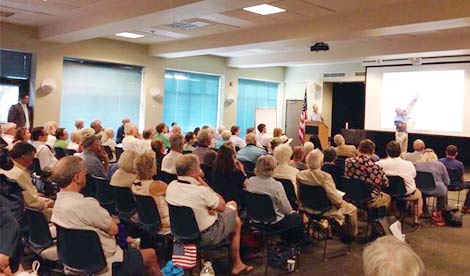 A group of concerned citizens decided to get involved and come up with a more preferred, multi-use solution for the High Rock space. Wanting to make their voices heard, these activists formed a new community group called Citizens for High Rock, chaired by Saratoga Springs resident Julie Cuneo.

The goal of Citizens for High Rock, according to their Facebook page, is to advocate for a comprehensively planned, multi-use design for the publicly owned land (High Rock Parcel) in Saratoga Springs, NY.

Posts on their page highlight new developments in other cities around the nation, featuring innovative ideas where modern growth strikes a harmony with historic charm, preserving the existing appeal of these cities. Group organizers are hoping to apply similar innovation to High Rock, letting these ideas serve as inspiration for Saratoga’s growth.

“What we’re proposing is to take the lot, which is currently asphalt, but build something really special there,” Cuneo said in an interview last week with Time Warner Cable News. “We believe it can be designed in a much better way with multi-use and not as a single, stand-alone parking garage.”

Citizens for High Rock recently held a public forum at the library to discuss ideas and opinions to further this cause, highlighting an alternative plan for development. The newly proposed plan calls for a 5-story, multi-use building that includes retail space and 40 residential housing units while still adding nearly 500 new parking spots.

Forum attendees continued to raise questions, propose ideas and add their input to further address parking concerns in the city as well as express their distaste for the City Center’s current plan. 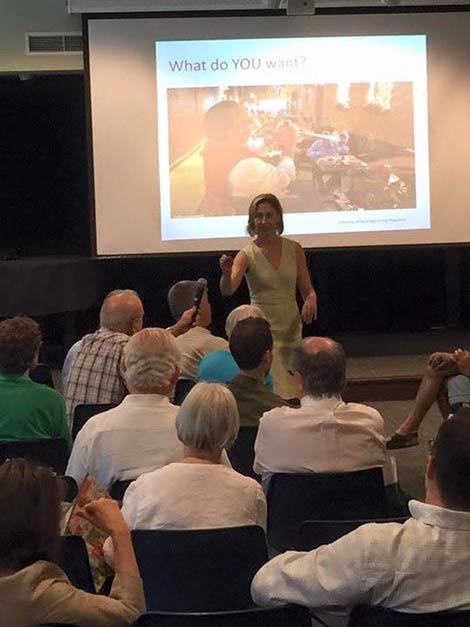 What say you? Do you think a multi-use proposal makes more sense than a single-use parking garage? Would you like to see more collaboration on this project? Do you think the City Center should reevaluate their current plan to incorporate these citizens’ vision for the space? Add your thoughts in the comments below!