One of the last remaining, active farms in Saratoga Springs will now belong to the community. Pitney Farm’s well-known open fields and sporadically placed rustic, gray barns have become one of the most scenic backdrops within city limits.

While most farmlands are developed into commercial buildings and office space, the future for Pitney Farm’s lands is looking lush and green. This past week, the Saratoga Springs City Council agreed to pay $1 million for the development rights to the farm, and there are some exciting potential plans in the works! 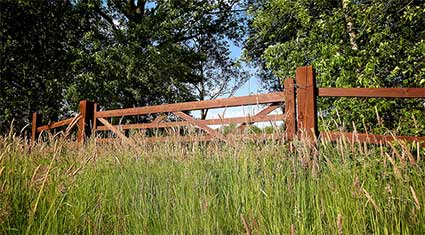 According to the Daily Gazette, the Council had originally agreed to pay around $1.1 million to cover the $1.75 million price tag on the farm. The remainder of the cost is being paid by Saratoga PLAN who will now own the 166-acre farm.

The farm has been in the Pitney family for over 150 years. Through the years, it has been used to grow vegetables for the former Pitney Hotel, the Pitney’s Meadow Dairy Farm and, a horse boarding operation.  It was once even used as the first airplane landing strip in Saratoga Springs!

The Gazette reported there are ideas about PLAN establishing a distribution center, an agricultural training farm, a processing kitchen and a permanent home for the Saratoga Farmers Market. While details still need to be worked out, Saratoga PLAN announced back in March that the possibilities for the farm land are only limited by imaginations and resources.
We are excited to hear this news and can’t wait to see what PLAN has in store for the Pitney Farm lands!
Source:
The Daily Gazette
Saratoga PLAN