As with most things in Saratoga during the summer, the world of food is no different… there is a lot going on! From new franchises planning to set up shop to seasonal menus on Broadway to dining for a good cause, we’ve rounded up some businesses happenings in Saratoga’s food and restaurant scene for you to catch up on. 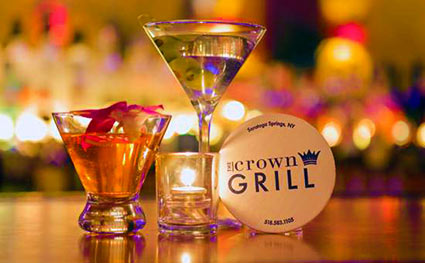 Looking For a Job?

If you recall, back in February we told you about how BurgerFi would be setting up locations in both Albany and Saratoga Springs. Well, time has certainly flown because they are now ready to hire employees for both spots! BurgerFi wants to employ 50 to 60 individuals in Saratoga ranging from managers to cooks to cashiers.
We’ve Been Patiently Waiting…
Sonic has finally opened its doors at its first location in Latham. The burger joint has been greeted by the masses with traffic all along Route 7. It has been confirmed by ABC News 10 that the second location will be in Troy, but the Saratoga Springs location is also on the horizon.
Dine For a Good Cause
For the eleventh consecutive year, Applebee’s will support Alex’s Lemonade Stand Foundation during a month long campaign that started on Monday, June 29th. Since 2005, nearly $5 million dollars have been raised and more than 870 Applebee’s restaurants across the country will work toward the $6 million mark, including Saratoga! A portion of the proceeds from all the lemonade products sold will be donated to pediatric cancer research.
Sources:
News 10
Times Union