Visit Saratoga.com For Everything Saratoga
Enter Giveaways Advertise
Home  »  Fun Stuff  »  Saratoga Native Hits the Big Screen
It’s a dream come true for Saratoga native Pantelis Kodogiannis who landed the lead role in a movie about politics and art called “The First Line” which is now being screened around the country with a worldwide release to follow it’s premiere in London in June. 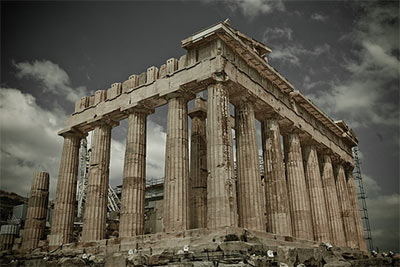 “The First Line,” set in mostly in Athens, tells the story of two Athenian lawyers fighting for the return of the Parthenon Marbles to Greece from a museum in Britain after discovering they were sold illegally with the use of forged documents.

Kodogiannis told WGY that the film chronicles the true story of the Parthenon Marbles and the fight for them to be brought home from Britain. The film’s directors are advocating for the Marbles’ return to Greece which would allow for the restoration of the Parthenon.

The first official U.S. screening took place at Proctors Theatre in Schenectady on May 21st and is currently being screened across the country before making its way to London for the film’s worldwide premiere this month.
A big congratulations to Kodogiannis from all of us at Saratoga.com! We can’t wait to get the opportunity to watch “The First Line.”
Sources:
IMDB
WGY