Visit Saratoga.com For Everything Saratoga
Enter Giveaways Advertise
Home  »  Arts  »  To Go, or Not to Go? That Shouldn’t Be The Question When It Comes To These Plays!

Saratoga Shakespeare Company is celebrating its 15th summer season along with Saratoga’s Centennial! This free outdoor theatre program has called Congress Park home summer after summer, and has returned for the 2015 season with an expanded program. 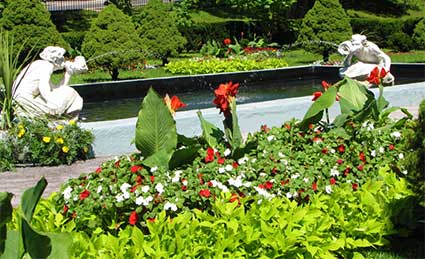 As always, admission is free of charge and family groups and picnickers are encouraged to attend!

Love’s Labour’s Lost will run from July 21st through August 2nd in beautiful Congress Park on the Alfred Z. Solomon Stage at 6:00 P.M. Tuesday through Saturday and at 3:00 P.M. on Sunday.
The play is one of Shakespeare’s lesser known works but tells one of his sweetest stories about young love. Celebrating the centennial of the Saratoga Springs city charter, the production will be set in 1915.
In addition, The Comedy of Errors will take place outdoors at Skidmore College‘s Suzanne Corbet Ampitheater. You can see the play on Wednesday, August 6th through Saturday, August 8th at 6:00 P.M. One of Shakespeare’s earliest plays, it is filled with slapstick humor and mistaken identities.
For the first time ever, Saratoga Shakespeare is proudly presenting a third production! Shipwrecked! by Donald Margulies will be performed from Wednesday, August 5th through Sunday, August 9th at Janet Kinghorn Bernhard’s Blackbox Theater at Skidmore with evening performances beginning at 8:00 P.M. and weekend matinees at 2:00 P.M. Shipwrecked! tells the tale of Louis de Rougemont’s adventures at sea. Ticket prices for this play are $20.15 for adults and $15 for children, seniors and military.
For more information give Saratoga Shakespeare a call at 518-528-1677.