Sound too good to be true? It’s not! There’s an opportunity to transform the abandoned former Mount McGregor Correctional Facility that houses dormitories, a gymnasium, a lake and nearly 100 other structures. 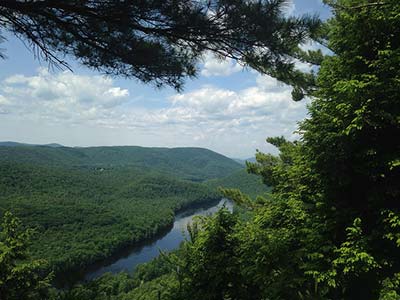 Before it became a state penitentiary, the facility was a luxury resort during the 19th century, then later a tuberculosis sanitarium, and eventually became the Mount McGregor prison. Just last year, the prison was closed in an effort to save money due to the decline in inmate population.

A 325-acre lot of the facility property that contains more than 100 structures at the top of a mountain is currently for sale in Moreau, just north of Saratoga Springs. The other 750 acres will be given to NYS Parks, Recreation and Historic Preservation to add to Moreau Lake State Park.

The deadline for a proposal is July 7th and the winning proposal may be eligible for up to $8 million in state funding as well as federal historic tax credits. The selection criteria includes employment impact, economic impact, environmental impact and financial feasibility, among other categories.
Have a fantastic idea for this space? Send ten hard copies and one electronic of your proposal marked as “Mt. McGregor C.F. RFP” by 2:00 PM on Tuesday, July 7 to: Empire State Development, 633 Third Avenue, New York, NY 10017, ATTN: Edgar Camacho, ESD Procurement Unit.
Source:
Syracuse.com