The New York City Ballet has been calling Saratoga Springs home since the summer of 1966, and each year they bring the magic that is Balanchine’s, among others, magnificent choreography to the stage at SPAC. Last night, they opened their season of what’s sure to be a spectacular two weeks of leaps, turns and the finest artistry. 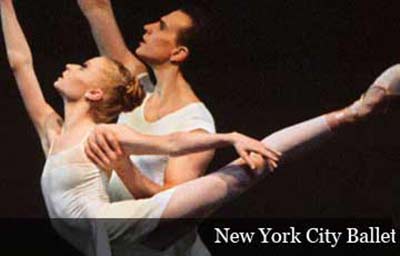 As a former ballerina, myself, I always look forward to seeing the NYCB perform each summer at SPAC. Last night, the company opened the season with an all-Balanchine program that included classics such as Square Dance, La Valse, Tarantella and Symphony in Three Movements.

Missed last night? Have no fear! The New York City Ballet is in Saratoga until July 18th! In addition to its always-popular Balanchine pieces, the company will also feature 17 ballets choreographed by seven different choreographers, including four SPAC premieres (two by NYCB resident choreographer, Justin Peck), the annual ballet gala on Saturday July 11th, as well as ‘Date Nights’ and ‘Family Nights.’ Aside from all the buzz happening at SPAC, a screening of Justin Peck’s documentary film, Ballet 422 will be shown on Monday, July 13th at Bow Tie Criterion Cinemas.
Want to see the full line-up of performances? Check it out here.
A long time summer tradition in Saratoga, you do not want to miss out on these magical performances. Get your tickets today!