Visit Saratoga.com For Everything Saratoga
Enter Giveaways Advertise
Home  »  Community  »  Saratoga Spa State Park’s Playgrounds About to Get Even Better

Governo Cuomo recently announced that New York State has promised $2.5 million to build or expand 13 playgrounds at eight State Parks. These improvements to our parks are part of Cuomo’s NY Parks 2020 revitalization plan, which features a commitment to add or upgrade 100 playgrounds by 2020.

Take a look at what’s coming for our own Saratoga Spa State Park! 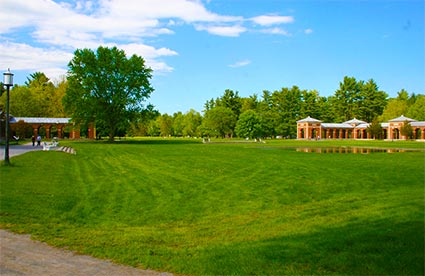 Both the Peerless and Geyser area playgrounds will be expanded with new play features and natural elements which will help integrate playtime with the park’s environmental educational programs.

The Geyser playground will focus on the aquatic habitat of the nearby Geyser Creek, while the Peerless playground will feature naturalized fields to support bees and other pollinators who have made the area their habitat.
Governor Cuomo stated in a press release, “New York’s state parks are second to none and these playground improvements are yet one more reason for families to pay them a visit. With this funding, we are building on our success in improving state parks and are encouraging a new generation of New Yorkers to appreciate the great outdoors.”
Construction for the improvements will take place after summer officially ends, and the playgrounds are expected to be ready to use by next year!
We cannot wait to see the new and improved Geyser and Peerless area playgrounds at the Park.