It’s been a busy two weeks in Saratoga’s arts and non-profit communities! Check out these four headlines that caught our attention. 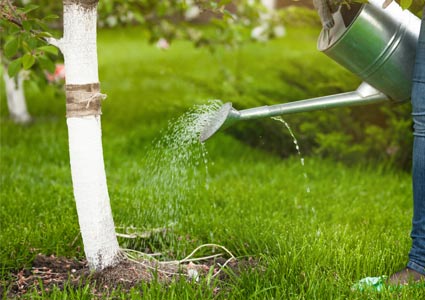 As part of Saratoga Springs’ ongoing Centennial celebration, Sustainable Saratoga planted fourteen trees in a variety of locations throughout the city last week. The environmental group is calling its venture “Centennial Trees”, and it falls under the umbrella of its Urban Forestry Project.

The nonprofit received donations, which it used to purchase the trees, and approximately 40 volunteers turned out to help plant them. This was the second Centennial Trees planting of 2015, and the organization plans to continue its efforts in conjunction with Arbor Day in April.

The Saratoga WarHorse Foundation provides veterans with the opportunity to spend three days in a program that helps them re-adjust to life after returning home from military service. The foundation covers the full cost of the program.

According to The Saratogian, “Saratoga Brewing and DeCrescente Distributing Company raised $9,245.00 through coaster and pinup sales, as well as personal and other donations, in support of the Saratoga WarHorse Foundation.”

The businesses presented the check to the foundation last week, and the money will pay the full cost for three veterans to participate in the program.

Shelters of Saratoga Participating In Socktober

The international #socktober movement was created to collect new socks for those who are facing homelessness. Anyone who wishes to donate socks to the cause can drop them off at the shelter: 14 Walworth Street, Saratoga Springs.

In anticipation of its Golden Anniversary, SPAC wants to know why it is important to you! You can share your favorite SPAC story, memory, or event on SPAC’s website for a chance to be featured as part of the 50th celebration.

Do you have any photos, brochures, or other memorabilia that you’d like to donate to SPAC’s archives? If so, send an email to Tracy for more information on how to submit your items.