The Saratoga Race Course welcomed several upgrades during the 2015 summer meet. From the Fourstardave Sports Bar to the Saratoga Walk of Fame, visitors were able to enjoy the facility enhancements to the Race Course. However, the improvements aren’t going to stop there! Get the details: 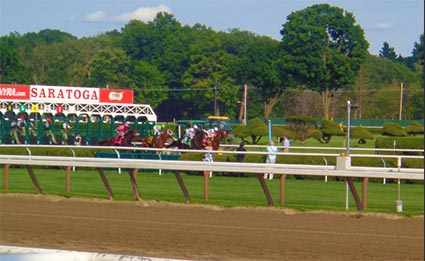 At the last NYRA Board of Directors meeting in New York City, the Board voted to approve the 2016 NYRA budget which will continue the progress and success sustained over the past three years under the leadership of NYRA’s Reorganization Board and executive management team.

Take a look at the projects approved for Saratoga under the 2016 budget:

NYRA CEO and President, Christopher Kay, stated in a press release, “All of us at the New York Racing Association are committed to ensuring the utmost safety and accountability at all three of our championship racetracks. In that spirit and for the benefit of our riders, our horses, the horsemen and women and most importantly, for our fans, we will continue implementation of the effective reforms implemented over the past three years. These measures are helping the New York Racing Association maintain the highest standards in the thoroughbred industry.”

What do you think about the approved projects for the Saratoga Race Course?