Visit Saratoga.com For Everything Saratoga
Enter Giveaways Advertise
Home  »  Community  »  Could Amtrak Extend Services in Saratoga and Schenectady in the Future?

Being only a short train ride away from New York City is one of the many reasons why living around the Capital Region is great. The only downside is you may have noticed that it’s a rarity for Amtrak to have more than a few trains scheduled from Saratoga or Schenectady on a given day.  However, there could be potential plans for this to change in the future. 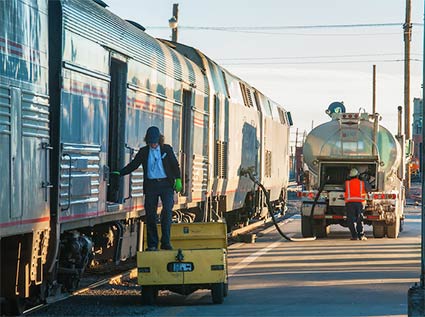 A second track between Albany and Schenectady would help break up the congestion that commonly happens. The service will be financed by New York State, which will have to decide whether it’s worth the expense of extending train service beyond Rensselaer.

The trains that do stop in Schenectady and Saratoga are often at inconvenient times for those who wish to commute to New York City. Oftentimes, passengers will have to drive to Rensselaer and catch an early departure from there.
Both the Saratoga County Chamber of Commerce and the Empire State Passengers Association have expressed interest in additional service in Saratoga Springs. The Times Union reported that Todd Shimkus, President of the Saratoga County Chamber said, “Rail service for us is a huge opportunity.“
For now, we’ll keep our fingers crossed and hope that additional services are extended to Saratoga!
What do you think about Amtrak services extending more trains to Saratoga County?
Source:
Times Union