It’s that time of the year again! One of the most popular winter events in Saratoga, SPAC’s Winter Ball is taking place this February. From 1960s décor to a red carpet entrance, you will not want to miss it! Find out all the details: 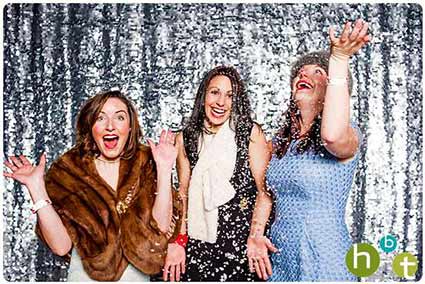 Marking its sixth year in 2016, the Winter Ball has quickly become known as a “can’t miss” event among the region’s young professionals. The theme for this year’s SPAC Junior Committee’s Winter Ball will be “Party of the Century: A Black & Gold Masked Ball.” The event will be held on Saturday, February 27th at 7:00 PM at the glamorous and historic Hall of Springs. Proceeds will benefit classical programming throughout SPAC’s 2016 50th Anniversary Season.

The “Party of the Century” was inspired by Truman Capote’s infamous masked Black & White Ball at the Plaza Hotel in 1966. The evening will feature a red-carpet entrance with a Prosecco toast, hors d’oeuvres, elegant floral décor and live music by Funk Evolution.
There will also be a diverse and expansive Raffle Wall that will feature luxury prizes including spa services, fine dining and “get away” packages. Additionally, there will be psychic and crystal ball readings by Mary Shrimp and a photo booth provided by Heather Bohm-Tallman Photography.
“The Junior Committee is thrilled to host our own ‘Party of the Century’ to kick-off
SPAC’s 50th Anniversary Season,” said Erika C. Browne, President of SPAC’s
Junior Committee. “We were inspired by the excitement surrounding Capote’s
infamous Black and White ball fifty years ago–and likewise, we have set
our sights on creating an event that our guests will never forget. We look forward to
welcoming hundreds of SPAC supporters from around the Capital Region to
celebrate SPAC and its remarkable five decade history.”
SPAC and the Gideon Putnam Resort have partnered to offer a special overnight stay package for Winter Ball attendees. Rooms are offered at $114, including breakfast, to guests who mention the code ‘SPACGALA16’ when booking their stay for the evening of the event.
Guests are encouraged to dress in black or gold and don bespoke masks to light up the Hall of Springs for this glamorous anniversary affair.
You do not want to miss this fabulous evening, so buy your tickets soon! In past years, the Winter Ball has sold out weeks in advance, and the February 27th event is expected to do so as well. Tickets are currently available on SPAC’s website for $100 and the price will rise to $110 after February 15th.