A new study has produced some startling evidence which, if true, could mean the Saratoga Battlefield isn’t really in Saratoga County at all. 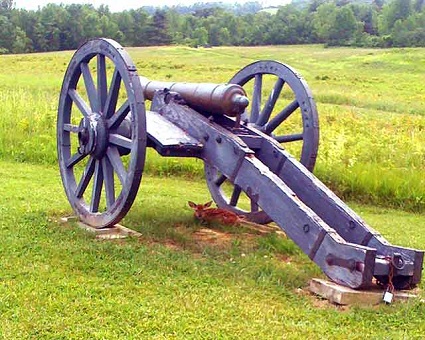 Utilizing historical documents and advanced technologies in the field of archaeology, Dr. John Scettico, Director of the privately-funded Archaeological Bureau of Underground Terrain (ABUT), has discovered some compelling evidence that would move the actual location of the battlefield several miles east into Washington County!*

“It all began with a study of the Marshall House in Schuylerville,” said Scettico. “We uncovered compelling evidence that indicated the Battle of Bemis Heights didn’t take place to the west of the [Hudson] river, but to the east of it.”

From there, Scettico and his team utilized aerial and satellite photography, as well as electrical resistivity tomography and geomagnetic surveys to determine that the newly-discovered historical
documentation was indeed correct. The Saratoga Battlefield should have been placed in Washington County!*

“It was right under our noses, and our feet,” said Scettico.

Currently, Scettico is researching the establishment of the original historic preserve under the leadership of George Slingerland of Mechanicville, focusing in on land acquisitions that were used to form the preserve. He is also researching the lack of park management during the Great Depression and reviewing the first archeological investigation of the park by the Civilian Conservation Corps (CCC) in 1939.

“I believe all of these played a role in the Battlefield’s incorrect location” states Scettico. “The truth is out there.”

And that truth may just mean the Battlefield abuts Saratoga County but belongs in Washington.*

**Not Really! The preceding story is fabricated in celebration of April Fools’ Day!! Did we fool ‘ya??