The 39th annual Freihofer’s Saratoga Jazz Festival is nearly here, but due to unfortunate circumstances, Chaka Khan will not be able to headline the festival. In her place, one of the most influential and renowned R&B groups, the Isley Brothers, will perform at SPAC for the first time on June 25! 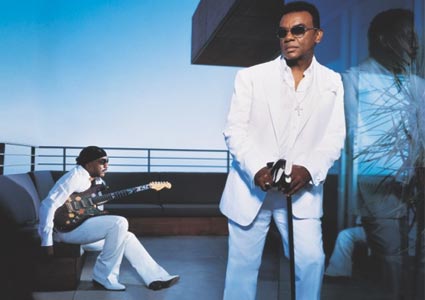 Chaka Khan, a ten-time GRAMMY® Award winner, is popularly known as the Queen of Funk. Her last performance at SPAC was over two decades ago, and she was scheduled to headline this year’s June 25 show. Due to a recent throat infection, Khan has had to cancel all of her upcoming June performances.

However, don’t be too disappointed, because there are already plans for Chaka Khan to return next year for the 40th Anniversary of Freihofer’s Saratoga Jazz Festival on June 24, 2017. “I am so sorry about having to postpone this date…I appreciate your support and understanding and look forward to seeing you next summer!,” said Chaka Khan in a SPAC press release.
Although we won’t see Chaka Khan perform this year, the festival was able to book the legendary Isley Brothers on short notice. Now featuring Ronald and Ernie Isley, the group has been performing since the early 1950s. The group is best known for their hit singles, “Shout,” “Twist and Shout,” and the GRAMMY® Award-winning “It’s Your Thing.” Many of their songs have been covered by a diverse range of artists over the years, such as The Beatles, Whitney Houston, and even Public Enemy.
In a press release, SPAC President Marcia J. White said, “their timeless hits will have the audience dancing the night away!” From doo-wop to soul and R&B, the Isley Brothers fit right in with the spirit of the jazz festival. This year’s lineup includes Chick Corea, Lizz Wright, Sunday night headliner Smokey Robinson, and many more artists.
Tickets are selling fast, and you can purchase them on SPAC’s website, by calling (518) 584-9330, or by buying them in person at the SPAC Box Office.
See the full list of this year’s performers >>