Visit Saratoga.com For Everything Saratoga
Enter Giveaways Advertise
Home  »  Events  »  Check Out the Spectacular Navy Band Northeast at SPAC on Labor Day
Looking for something unique and free to do on Labor Day with the ones you love?
Grab a blanket, pack a picnic basket, and head to the beautiful grounds of SPAC for what’s sure to be a fantastic show – Navy Band Northeast and The Rhode Island Sound, a rock group within Navy Band Northeast, are performing on Labor Day, Monday, September 5th.
Find out how to get your free tickets! 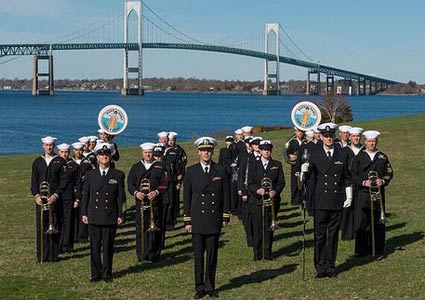 Navy Band Northeast hails from Newport, Rhode Island, home of the Naval Station Newport. This band has been around since 1974 and is made up of active duty soldiers.

The group consists of Marching and Ceremonial Bands, Pops Ensemble, Top Brass, Crosswinds, and Rhode Island Sound, a popular rock group.
The SPAC performance will open with traditional works, followed by Rhode Island Sound, who will be playing contemporary rock and funk hits from the 1970s to today. Rhode Island Sound is the most modern element of Navy Band Northeast and has performed at high schools throughout New England and a variety of other venues.
Although the concert is free and open to the public, tickets must be acquired in advance – they can picked up at all Saratoga Town Hall offices, and at all Saratoga Stewart’s stores.
Gates open at noon and the concert begins at 2pm.
For more events going on over the entire Labor Day weekend, check out the latest weekend roundup.