Saratoga Springs has been named one of the best small cities in the country – and the top small city in the state! Check out where we ranked. 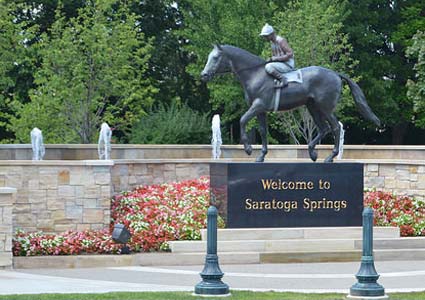 According to a recent study by WalletHub, Saratoga is the 11th best small city in the entire nation! That’s 11 out of 1,268 cities.

The study looked at cities with populations between 25,000 and 100,000, and the following factors were considered: affordability, economic health, education and health, quality of life, and safety. Out of the five, Saratoga scored the highest in the quality of life category – number 26 out of the 1,268 cities.

Each category looked at further subcategories to calculate the rating. For example, for economic health, the elements evaluated were unemployment rate, percentage of residents living below poverty level, population growth, and income growth.

Only the “city proper” was considered for each city – surrounding cities were excluded. Both Albany and Troy were significantly farther down on the list – Albany clocked in at 550, and Troy at 759.

In fact, Saratoga really pulled ahead of all other small cities in the state – the next one from New York on the list behind Saratoga was Brighton, near Rochester, which came in at 225.

Why Live in a Small City?

Living in a small city affords the best of all worlds in many ways. For instance, you’re likely to have access to decent jobs like you would in a big city, but you’re probably going to have a shorter commute to work.

Several experts were consulted for the study to provide additional insight. Ezra Haber Glenn, a lecturer at the Massachusetts Institute of Technology, described the benefits of living in a small city quite well:

“My sense is that for the past generation or two, smaller cities tend to give more of the benefits of urban living (jobs, density, culture) without the perceived drawbacks (congestion, unaffordability, crime, pollution, noise), and they can often be more responsive to the concerns of voters and residents.”

When we look at all that makes Saratoga great – a strong arts culture, amazing restaurants, a vibrant nightlife, and of course, the Saratoga Race Track, just to name a few! – it seems fitting that the quality of life here would lead it to rank highest in the state as the best small city to live in.