A sidewalk sitting ban had many Saratoga residents and visitors up in arms when it passed last June. This past October, the law was revisited and reexamined. Now, the sidewalk ordinance has been amended to reflect clarifications and a reduction in penalties. 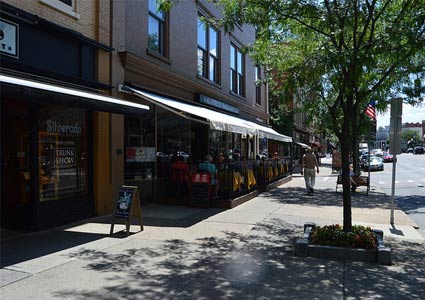 Amendments to the Sidewalk Sitting Ban

According to the original law, those found in violation of sitting or lying on any sidewalk in Saratoga would face a $50 to $100 fine; this fine could increase if more offenses occurred within a 24 hour time frame.

After that, if the individual violated the ordinance again, they could be charged with a misdemeanor, which would mean a $400 to $500 fine, community service, imprisonment, or both a fine and imprisonment.

The new amendment states that those in violation of a first offense could face no more than $50 and/or community service. If the ordinance was violated again with 120 days of the first offense, the individual would be subjected to the same penalties as those in the street performance law.

In other words, not only are there lessened penalties for violations, but certain parts of the sidewalk will be permitted for sitting, during street performances, out of the way of pedestrians. It has also been pointed out that the city has 45 benches.

After the initial sidewalk sitting ban passed in June a group of residents protested the law by sitting on the sidewalk in front of City Hall, claiming that it unfairly targeted the homeless – this prompted the New York Civil Liberties Union to review the law, which is how the amendment came about.

“It’s very much an issue regarding public safety and this insistence that it has something to do with anything else or has some sort of other intention here, that just isn’t the case,” Mathiesen said in defense of the law to WAMC.

One significant Saratoga resident still disagrees with the law in its entirety: Mayor Joanne Yepsen voted against the initial sidewalk ban, and also did not vote in favor of the amendment.

“We vote the way we feel we have to, to support the public and support our city,” Yepsen said during the November 15th meeting, reports The Saratogian. “I don’t like this law. That doesn’t mean I won’t vote for the next one that comes along.”

What do you think about the sidewalk sitting ban? Do you think the amendments are enough, or should the ordinance be repealed altogether?