For Mechanicville native and horse racing trainer Chad Brown, 2016 was an extraordinary year. In addition to breaking the Saratoga Race Course meet record for wins, he has been officially recognized as the best trainer of 2016 by the National Thoroughbred Racing Association (NTRA)! 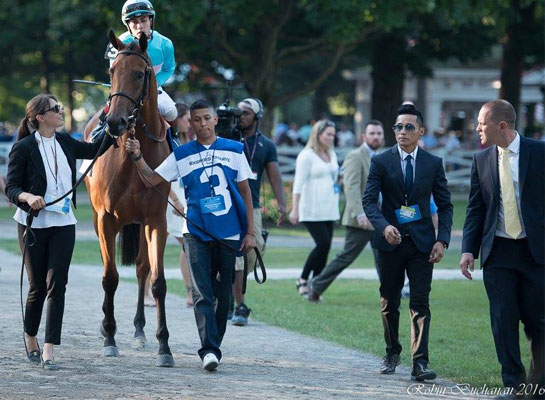 Born in Mechanicville, NY, Chad Brown became familiar with Saratoga Race Course at an early age. He attended many summer meets with his family, and in high school, began to work with Standardbred trainer Paul Kelly at the Saratoga Casino Hotel (formerly Saratoga Raceway).

Once Brown set his sights on becoming a horse racing trainer, he never looked back. In 2008, he won with the first horse he started at Saratoga Race Course, and then his horse Maram won the Breeders’ Cup Juvenile Fillies Turf.

In recognition of his success in 2016, the NTRA selected Brown as the winner of the 2016 Eclipse Award for Most Outstanding Trainer!