A favorite spring among locals and visitors, the State Seal Fountain once again has enough water pressure! The park officially reopened the fountain on Tuesday, January 24, 2017. 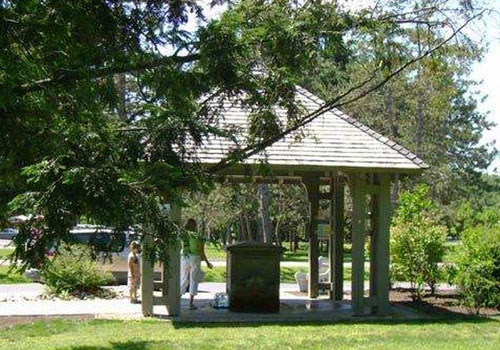 Interested in the springs and their potential health benefits? Learn more about the history of Saratoga’s spring water and why people have been coming to “take the waters” for hundreds of years!