Equestricon™ is coming to the Saratoga Springs City Center August 13-15, 2017.

The first-ever international horse racing convention, Equestricon™ will feature panels, discussions, events, celebrity appearances, book signings, and additional programming. Equestricon™ attendees will have the chance to participate in meet-and-greets, autograph signings, and question-and-answer sessions with everyone from emerging racing innovators to industry legends. 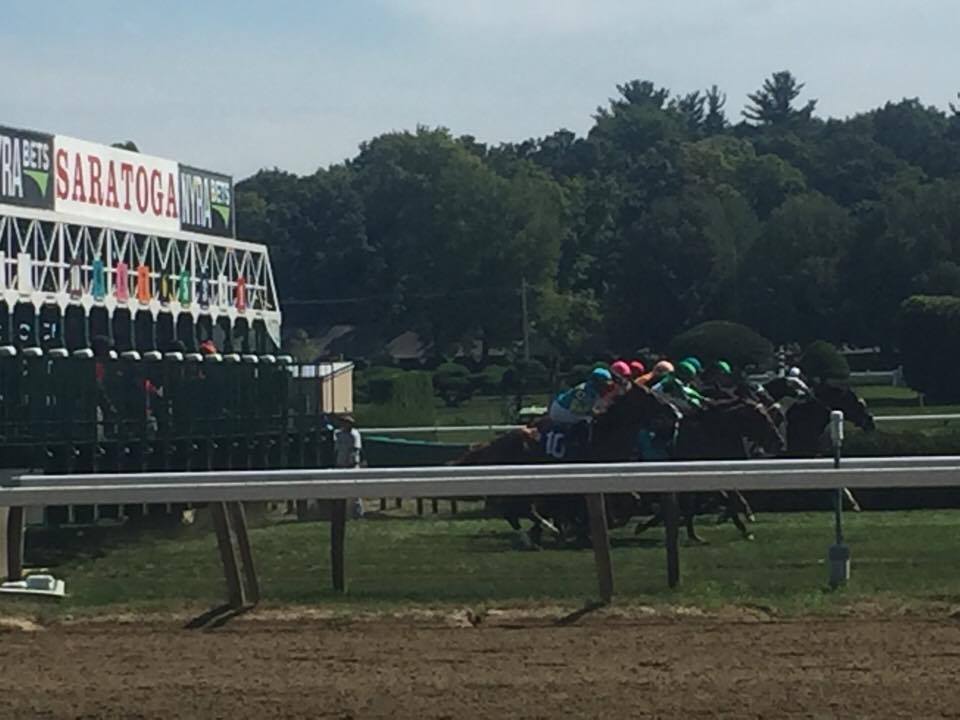 Though not all panelists, discussions, and events have been announced, the preliminary lineup looks like Equestricon™ is set to be the premier horse racing event of the summer. Retired New York Racing Association (NYRA) announcer Tom Durkin will emcee the event in addition to his appearance on a panel titled “The Greatest Race Calls,” during which he and other popular announcers – including current NYRA and Triple Crown voice Larry Collmus – will talk about their favorite personally-called races.

“I’m looking forward to sharing some fun stories and playing my part to contribute to Equestricon™,” said Durkin in a statement. “I truly expect the entire industry to show up and participate in this vital effort to more closely engage with our fans.”

This panel is one of several “Storytellers” sessions featuring personal insights from popular racing personalities. These sessions will highlight the work of acclaimed racing photographers, accomplished horseplayers, successful trainers, championship-winning owners, and more.

Other panels for the 2017 Equestricon™ will focus on racing media, racetrack marketing, betting technology, and the role social media plays in the racing community. Award-winning journalists Joe Clancy (Saratoga Special, Mid-Atlantic Thoroughbred Magazine) and NBC Sports TV analyst Donna Brothers are scheduled to appear, among several other notables in the horse racing journalism and media industry.

Attendees will also have the opportunity to get autograph signings with Team Secretariat, as well as Triple Crown jockeys Ron Turcotte, Jean Cruguet, and Steve Cauthen.

Off-site events available to convention attendees include educational experiences at a local farm, the Fasig-Tipton sales ground, and the National Museum of Racing and Hall of Fame. These “off-campus” events will take place on Sunday, with the bulk of Equestricon™ panels and networking sessions taking place Monday, August 14 – Tuesday, August 15.

“We are proud to bring this broad and diverse list of topics to the fans of racing,” said Equestricon™ Co-Founder Kathryn Sharp in a statement. “Our goal is to ensure that attendees of all levels of interest and backgrounds leave the event having grown their appreciation of and love for the sport.”

A full listing of discussion topics, seminars, and events may be found on the Equestricon™ site, but a sample of panels and discussions is listed below: