One of the highlights of the winter season in Saratoga Springs is underway – Beer Week! Enjoy great beers, fun activities, and awesome shows throughout the city this weekend. 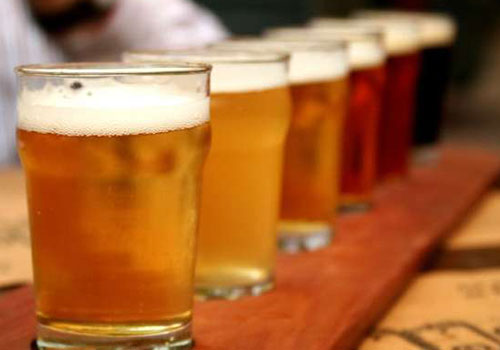 The 2017 Saratoga Beer Week is happening now at multiple pubs, bars, and restaurants in Saratoga Springs. Check out when and where the beer-themed events are taking place and take a trip to the Spa City!

On Friday evening from 6:00pm-9:00pm, the Saratoga Springs City Center will host the 3rd annual Cider Night. Enjoy three hours of hard cider sampling from over 30 cideries. Tickets are $30 each for three hours of sampling.

The highlight of Saratoga Beer Week is the annual Saratoga Beer Summit at the City Center. This year, there will be two tasting sessions featuring over 160 releases. Standard tickets are $40 each until February 25, and then they will cost $50 at the door.

Since this week is school break for many kids, Saratoga Arts is hosting Camp Creativity through February 24. Camp Creativity is a full-day camp for kids ages 8-14 that features four art-making lessons. The cost to attend is $225 for non-members and $210 for members.

From Monday, February 20 through Friday, February 24, Camp Saratoga is hosting a wide variety of fun activities. If your kids are bored during their February Break, bring them over to Camp Saratoga. Pre-registration is required, so call ahead.

The Friends of the New York State Military Museum will host a special USO Fundraiser Show this Saturday at 1:00pm. Come visit the museum and watch the “American Bombshells” perform a USO-style show of patriotic songs. Tickets are $35 at the door and $25 for active military/National Guard personnel.

Head over to Caffe Lena this Saturday for their benefit concert for Sacred Stone Camp, the encampment of Standing Rock Lakota Water Protectors. The event will feature an afternoon of Native American music and storytelling.

The Hall of Springs is hosting the 2017 Capital Region Heart Ball this Saturday to support the American Heart Association. Registration is currently closed for this elegant evening, but donations are accepted.

Dining For A Cause: Contribute To A Non-Profit Just By Eating Dinner –  Sunday, February 25

Brook Tavern will host a special Dine and Donate event this Sunday from 5:00pm-9:00pm. During this evening, Brook Tavern will donate a portion of all dining room food sales to the Adirondack Folk School. Reservations are recommended.

Here are some ideas for winter activities >>