It has been announced that the kick-off event to track season, the Hats Off to Saratoga Music Festival, and the corresponding end-of-the-season festival, the Final Stretch Festival, will no longer be a part of Saratoga summers.

However, festival enthusiasts can rest easy! Other, exciting plans for events are being discussed, and the Hat Contest at the track will continue as normal. 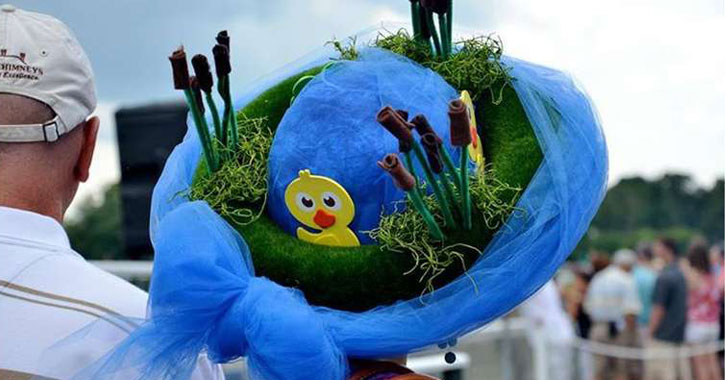 For almost 30 years, Hats Off to Saratoga, a two-day festival, brought several outdoor stages of music to downtown Saratoga Springs at the start of track season. Some streets were closed off for the event, like Caroline Street. Final Stretch, a very similar event, was created shortly after Hats Off as a way to close out the season.

Todd Shimkus, President of the Saratoga County Chamber of Commerce, has indicated a few reasons for shutting down the festivals. The Times Union cited vehicular terrorism as a motivation for the change, although Saratoga Today reported otherwise.

“I can absolutely guarantee you the notion of a terroristic attack had nothing to do with our decision to make this change,” Shimkus told Saratoga Today.

Although, security with the crowds does appear to be a concern. When Hats Off and Final Stretch began, the Spa City was aiming to attract people downtown. Now, everyone knows how fantastic Saratoga and the track is, with opening day at the Saratoga Race Course typically bringing in about 32,000 people.

“We can’t provide the level of security that we need to,” Shimkus told The Times Union. “It’s different times and there are different concerns. We want to keep people safe.”

However, a key reason for the change appears to be that the Chamber has paid for bands to perform outdoors for these festivals, while restaurants and bars also had bands playing at the same time; it doesn’t make sense to have the festivals compete with these establishments.

This indoor entertainment is the motivation for the new events being developed.

New Events in the Works

Plans are underway to replace the festivals with smaller, indoor music events at bars and restaurants downtown on the same weekends. Basically, live music – and a lot of it – will still be going on, just inside, instead of outside. And the events will have different names going forward.

This new plan is ideal for the organizers for a couple of reasons: They aren’t dependent on the weather (they have been rained out before) and it’s going to be cheaper.

Shimkus told The Daily Gazette the cost for both events is around $35,000. “The money can be spent promoting the bands instead of on promotional pieces for the festival, such as stages and security,” he said.

Not many details are known yet as plans get ironed out, but Caffe Lena, a Saratoga music hotspot, has already expressed an interest in participating.

The Chamber is planning to finalize the new events after New Year’s.