SPAC has officially announced its 2018 season and it’s going to be a phenomenal year! Returning favorites New York City Ballet, The Philadelphia Orchestra, and The Chamber Music Society of Lincoln Center will be joined on the schedule by an athletic, exuberant ballet company, which will be performing at SPAC for the very first time. 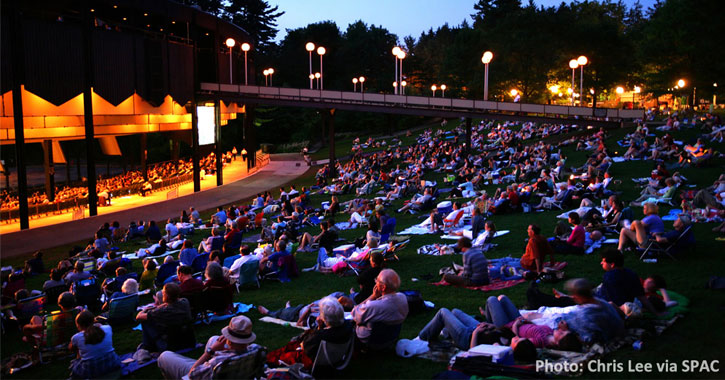 The National Ballet of Cuba (BNC) is considered to be one of the world’s great ballet companies, with its uniquely Cuban athletic training based in the Russian style. This is the company’s first time at SPAC, and they’re going to be kicking off the 2018 SPAC season with three performances of Giselle on June 6, 7, and 8.

“The National Ballet of Cuba brings Alicia Alonso’s legendary choreographic version of Giselle, along with a company whose style is infused with an energy, passion, and vigor that is completely unique to Cuba,” Elizabeth Sobol, President and CEO of SPAC, said in a statement.

What makes BNC’s performances even more exciting is the fact that this ballet company has only five locations on its 2018 US tour, and SPAC is one of them.

New York City Ballet (NYCB) will bring four different programs to SPAC in July, including the full-length Romeo + Juliet. Other programs include “All Balanchine” with a trio of pieces by NYCB co-founder George Balanchine and “21st Century Choreographers” featuring four works that will make their SPAC debuts this summer.

The company’s 2018 residency culminates in the New York City Ballet Gala on July 21st, which will celebrate the centennial of the birth of both Jerome Robbins and Leonard Bernstein.

The opening night of the Orchestra’s residency will feature Tchaikovsky’s 1812 Overture. The performance will include fireworks, live cannon fire, and dancers from the American Ballet Theatre.

In addition, an all-new “Cinema Saturdays @ SPAC” series will bring added excitement for all ages as the orchestra accompanies three films: Harry Potter and the Sorcerer’s Stone; Star Wars, Episode IV: A New Hope; and The Red Violin.

Celebrated violinist Joshua Bell will join the orchestra for not one, but two performances to finish out the 2018 residency.

“We’re excited this season to perform an especially rich variety of works by 15 composers, ranging from the classical masters through the romantic era, all the way to the close of the 20th century,” David Finckel and Wu Han, Co-Directors of CMS, said in a statement.