For the first time in its history, the Freihofer’s Saratoga Jazz Festival, a highlight of summer in Saratoga, will have a Friday night kick-off event! Mark your calendars for Friday, June 22, when the inaugural Jazz Fest Friday will bring live jazz events, themed dining, and dancing to various venues throughout Saratoga. This premier event will be the perfect start to the long-awaited summer jazz festival! 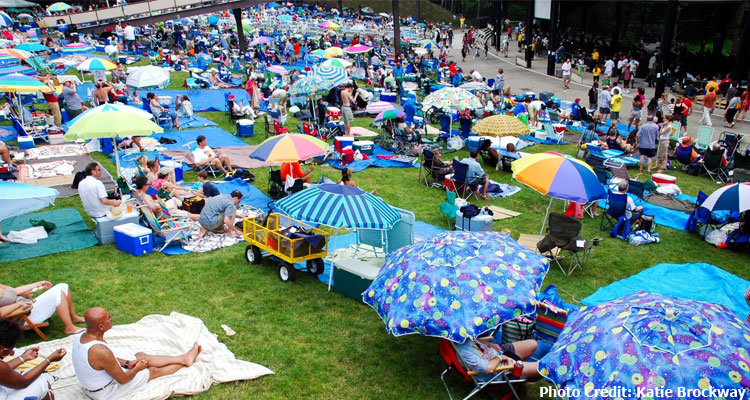 A number of venues will be part of this incredible event, including Caffè Lena, the National Museum of Dance, the Adelphi Hotel, The Gideon Putnam, and Morton’s the Steakhouse, among others.

Additionally, SPAC’s Action Council will be presenting A Night on Bourbon Street at the Canfield Casino in Congress Park, starting at 7:20 PM. Inspired by the golden age of jazz, this “Big Easy fête” will feature music from trumpeter and vocalist Bria Skonberg, as well as New Orleans-inspired cuisine by Lily and the Rose gourmet catering and an open bar! Tickets start at $150 and are available at spac.org.

Freihofer’s Jazz Fest Friday was created as part of SPAC’s mission “to increase collaboration among the local business community and position Saratoga Springs as a worldwide cultural destination.” In a statement, SPAC President and CEO Elizabeth Sobol said that the event will “showcase Saratoga’s vibrant downtown and our incredibly talented local jazz musicians.”

Since 1978, the festival has thrilled audiences with performances by talented jazz luminaries and up-and-coming musicians. This year’s festival, taking place on June 23 & 24 at SPAC, will feature Jon Batiste, Herbie Hancock, and headliner Mavis Staples, as well as emerging artists like Scott Sharrard & The Brickyard Band, Jazzmeia Horn, and Keyon Harrold. The Saratoga Jazz Festival is currently the fifth longest-consecutive-running jazz festival in North America.