Looking to make your Father’s Day Weekend plans in advance? Well you’re in luck! There’s a lot happening in the Saratoga Springs area this coming weekend, so to help you out, we’ve highlighted a variety of fun events that are worth checking out. 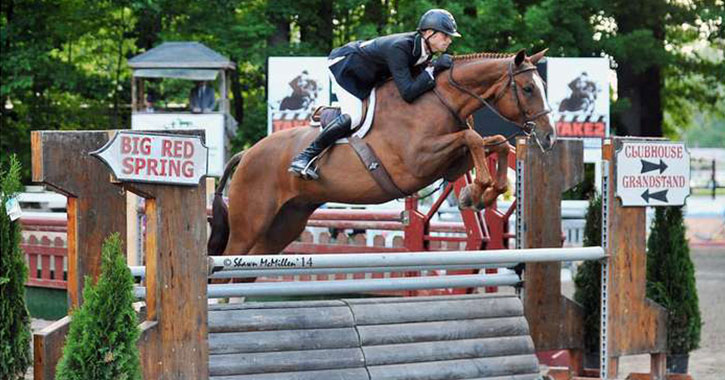 The first week of the Skidmore College Saratoga Classic Horse Show will run from Wednesday through Sunday. The exciting competition will be held at White Hollow Farm in Stillwater, and admission is free. Don’t miss out on this early highlight of the summer season!

Make your way to Greenwich this weekend and have fun at the 26th Annual Whipple City Festival! The schedule of events this year includes local food vendors, a parade, live music, a children’s zone, and more.

Take a walk to High Rock Park for the Saratoga Pride Festival on Friday, which will begin at 5:30pm! There will be live music by the Rich Clements Band, and then the festivities will move to Bailey’s.

Interested in working at Saratoga Race Course this summer? There will be a Job Fair hosted at the Embassy Suites in Saratoga Springs this weekend. Interviews will run from 9:00am-5:00pm each day.

Caffe Lena has teamed up with Saratoga Performing Arts Center to once again offer free concerts this year! Head to SPAC’s Charles R. Wood Stage this Sunday for live music by the Oshima Brothers, Kuinka, and Darlingside.

Would you like to celebrate Father’s Day with beers and BBQ? Take a trip to The Saratoga Winery for smokin’ BBQ, great craft beers, live music, and more. No cover charge!

This Sunday, The Adelphi Hotel will host a special open fire pit grilling event at The Blue Hen in celebration of Father’s Day. Dine on delicious grilled food paired with complimentary craft beers and spirits. The event will run from 1:00pm-6:00pm, and admission varies.

Check out these awesome attractions in the Saratoga area >>