Visit Saratoga.com For Everything Saratoga
Enter Giveaways Advertise
Home  »  Sports and Racetrack  »  The 2019 Stakes Schedule at Saratoga Race Course Has Been Announced

Have you heard the news? The New York Racing Association, Inc. (NYRA) has officially announced that the 2019 summer meet at historic Saratoga Race Course will be one week longer but still feature 40 days of racing. However, despite this change, racing fans can look forward to 76 exciting stakes from Opening Day on July 11 through Labor Day, September 2, 2019! 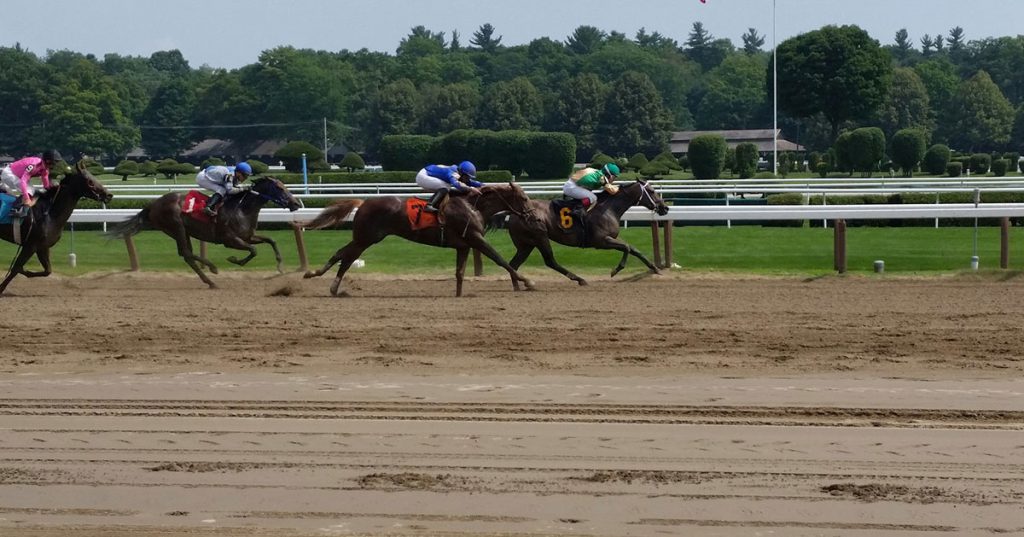 Changes to the 2019 Meet at Saratoga

For 2019, the summer meet at Saratoga Race Course will be eight weeks long instead of the typical seven. After opening weekend on Thursday, July 11 through Sunday, July 14, racing will take place five days a week, Wednesdays through Sundays. Closing week (week eight) will run from Wednesday, August 28 through Labor Day, Monday, September 2.

Prepare for a Summer of Thoroughbred Horse Racing

NYRA has recently revealed their 2019 racing schedule at Saratoga, and it will feature 76 stakes and $20.85 million in total stakes purses. Although the Grade 1, $1.25 million Runhappy Travers and the Grade 1, $1 million Whitney are the racetrack’s most popular annual events, you won’t want to miss any of the action.

When will you be coming to Saratoga Race Course?

Check out the full racing schedule >>

Find lodging for your trip to the Track this year >>