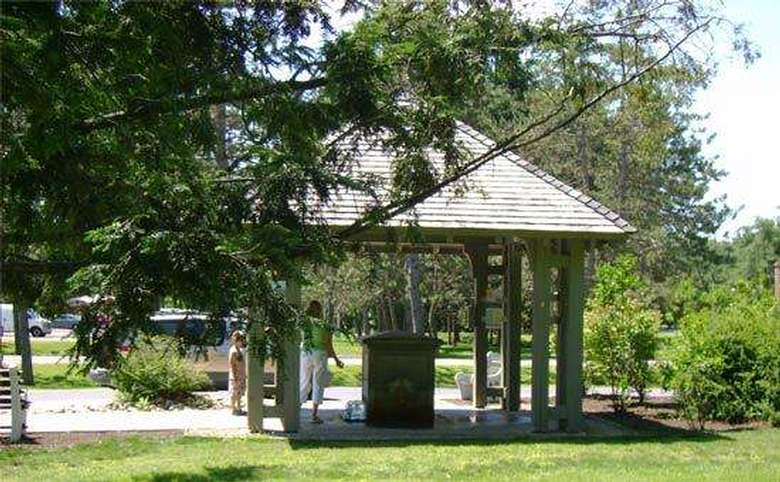 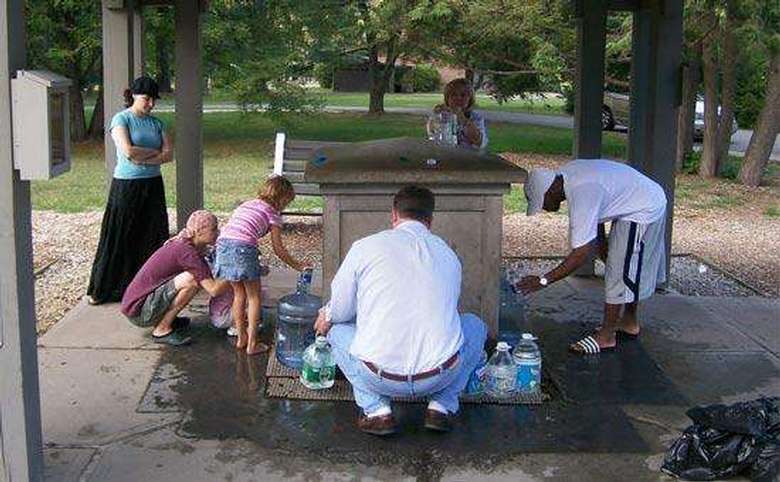 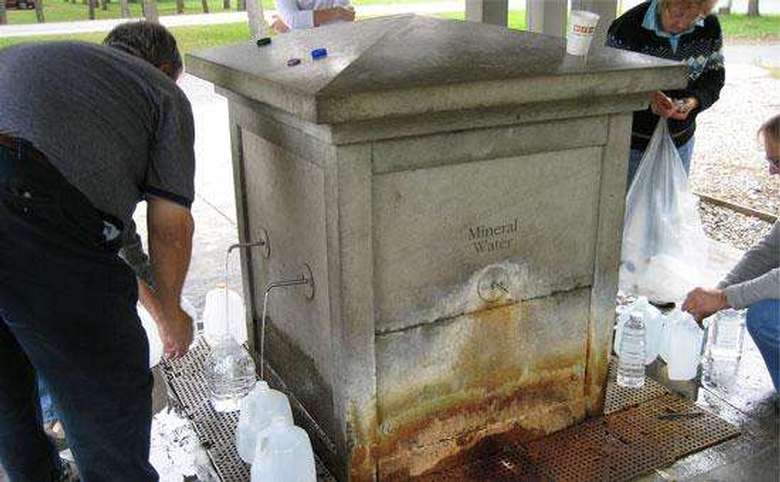 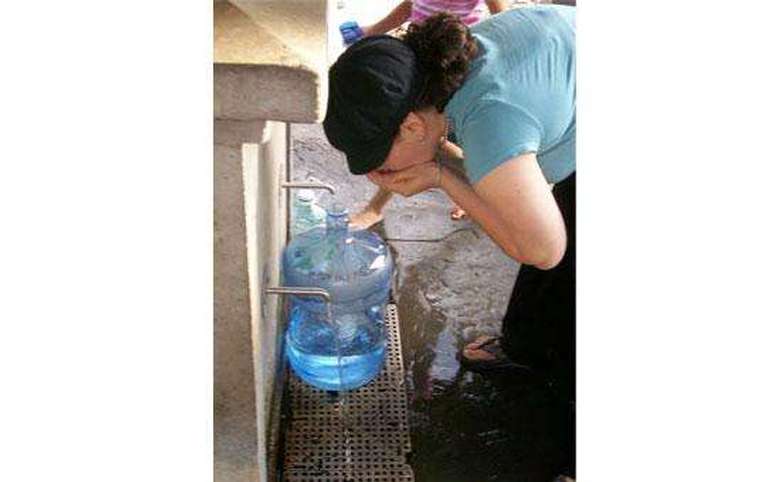 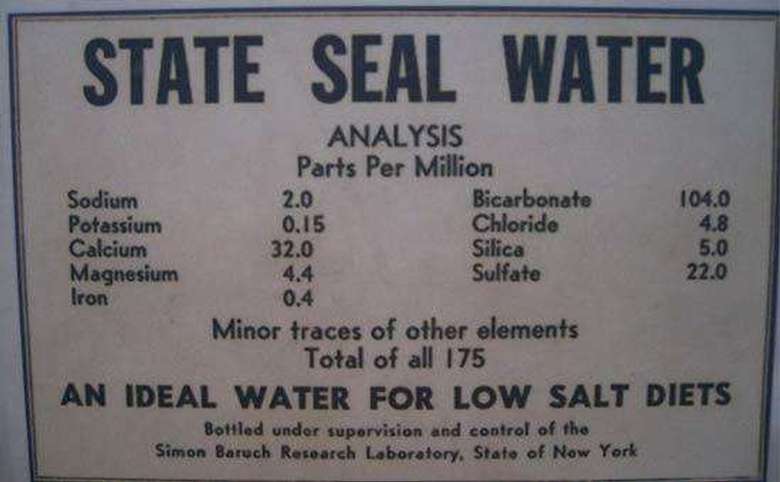 Located in Saratoga Spa State Park, the State Seal Spring is a fresh, non-carbonated spring that features a clean taste. It's a popular spring for people looking to fill up jugs of fresh water to bring home.

By the 20th century, Saratoga's waters and spa were celebrated throughout the nation. Tourists to Saratoga and the public at large were pursuing a healthy lifestyle that included a proper diet and exercise. Even Theodore Roosevelt was an ardent promoter of exercise. In 1900, when he was Vice President, he wrote a book entitled The Strenuous Life. It was in this environment that health enthusiasts began to seek waters that would promote health both internally and externally. The search for a drinking water that was pure and ideal for salt-free diets, and healthy diets in general, led to the discovery of State Seal Water in the State Reservation at Saratoga Springs.

In 1915, chemist Herbert (Doc) Ant of the State Reservation at Saratoga Springs sampled 15 different springs of still water to find a nutritional, good-tasting drinking water to quench public demand. After careful research, Ant discovered a water that had a strong taste appeal and was ideal for low-salt diets. Doctor Ant's water was bottled and commercially sold as "Saratoga State Seal Water."

In 2002, the popular State Seal Spring was moved across the street from its earlier location. This provided easier access, parking, and protection in all types of weather for the countless numbers of people who collect the water.

You can find the State Seal Spring under a pavilion along the Avenue of the Pines in Saratoga Spa State Park, across the street from the Saratoga Automobile Museum. There are multiple taps where people can fill up jugs or bottles of fresh spring water.

Note: Saratoga's spring waters are tested regularly and may be temporarily closed. Before your visit, be sure to check online for announcements about temporary closures from the Office of Parks, Recreation and Historic Preservation.

2 reviews from our community

Is the Spring running again? I went yesterday and there was a sign saying it was out of order. Thx in advance.

FYI, it’s not running today. Wish there was a way to know this before driving all the way here.