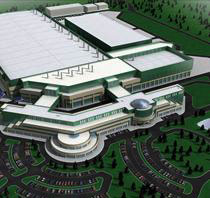 AMD will be The Foundry Company and help meet the industry's growing needs for semiconductor manufacturing services. The state has committed to grants and tax breaks that will allow it to happen.

The project still needs approval from the Committee on Foreign Investment before AMD can break ground. It is expected the approvals will be received by early 2009.

<< Back to Saratoga News