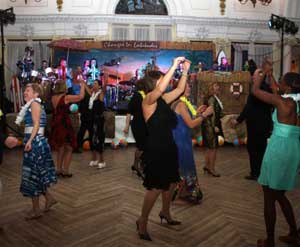 Saratoga Springs, NY - Caribbean vibes await you at the Fun in the Sun: Another Day in Paradise Cocktail Party. The fundraiser will be held to benefit the YMCA of Saratoga Scholarship Fund, on March 6, 2010.

What to expect: At the event, attendees will enjoy tropical hor d'oeuvres from Longfellows as well an entertainment by Lyl Harper. A silent auction will be held, as well as a raffle to win tickets for a weekend get-away in New York City.

Cost: $75 per person/$140 per couple. reservations must be received by February 22, 2010. Tickets can be purchased at any YMCA branch or online.

Location: The Saratoga Springs Branch of the YMCA of Saratoga. Dress is business/cocktails attire.