The restaurant scene in Saratoga Springs and the surrounding area grows every year providing people with new and exciting dining options to try. From diners and delis to cool coffee shops, here are 10 local restaurants that opened in 2018 and are not to be missed! 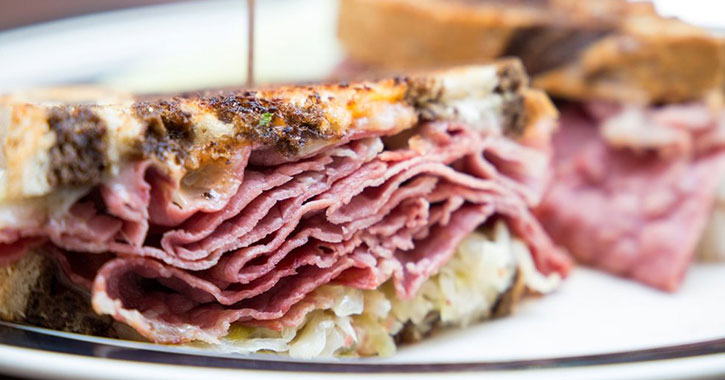 There’s nothing like an authentic Jewish deli, and now Saratoga residents and visitors don’t have to travel to NYC to find one. Saratoga’s Broadway Deli specializes in Jewish and traditional deli fare, and their menu includes a wide selection of artisanal soups, salads, sandwiches, and more. Owner Daniel Chessare began his career as a busboy at Little India in downtown Saratoga, and now his goal is for Saratoga’s Broadway Deli to become the “Best Jewish Deli North of NYC.”

Experience a taste of Italy at Taverna Novo in the Beekman Street Arts District of Saratoga Springs. Featuring true Italian cuisine in a warm and comfortable environment, Taverna Novo incorporates organic and sustainably produced ingredients into their dishes. In addition, the restaurant has a custom-built wood fired oven to bake their gourmet pizzas and calzones.

Combining old school Italian cuisine and classic cocktails, Solevo Kitchen + Social is a new restaurant on the corner of Phila and Henry Streets in downtown Saratoga. With an open kitchen, 14-seat bar, and intimate dining room, Solevo stands out for its cocktail club atmosphere. The menu changes depending on the availability of fresh ingredients, and the dishes pay homage to the Solevo family’s generations of Southern Italian chefs. 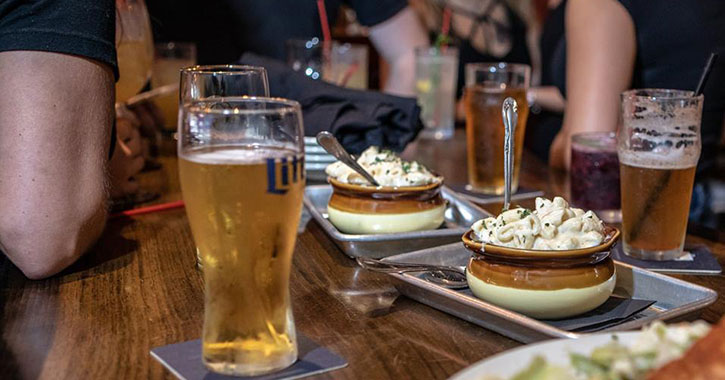 Located in the heart of downtown Saratoga, Pig N’ Whistle is serving up next level comfort food and tasty Irish American dishes. The restaurant is co-owned and operated by Jordan Bush and business partner Scott Solomon, and they are committed to bringing something new to the main strip of Saratoga Springs. Handcrafted sandwiches, specialty burgers, crocks of macaroni and cheese, and more are all on the menu.

Breakfast for dinner isn’t such a crazy concept when you eat at The Mercantile Kitchen & Bar in Saratoga Springs. The Long Island-style diner features a fully-stocked bar, a comfortable dining room, and a fantastic breakfast menu that is served all day. There are also plenty of entrees and small plates, sandwiches, and more for both lunch and dinner. 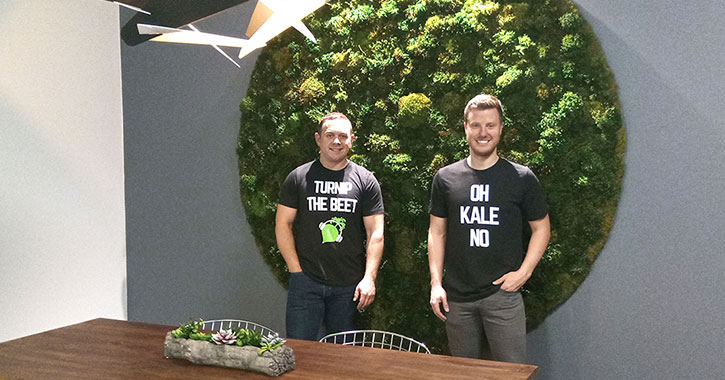 Whether you’re looking for cold-pressed juices, flavorful smoothies, or everything avocado, Urban Roots in Saratoga Springs has it all. This unique juice + smoothie + avocado bar is perfect for busy people who want healthy food and drinks on the go. Take a walk over to 46 Marion Avenue and enjoy a farm to mouth experience.

Tradition meets innovation at Wasabi, a new-style sushi restaurant on Putnam Street in Saratoga Springs. If you love sushi, then you’ll be happy to learn that Wasabi is Saratoga’s first all-you-can-eat sushi restaurant. Wasabi is dedicated to offering quality and quantity, and customers can order unlimited sushi, sashimi, innovative maki rolls, hot and crispy shrimp, and much more. 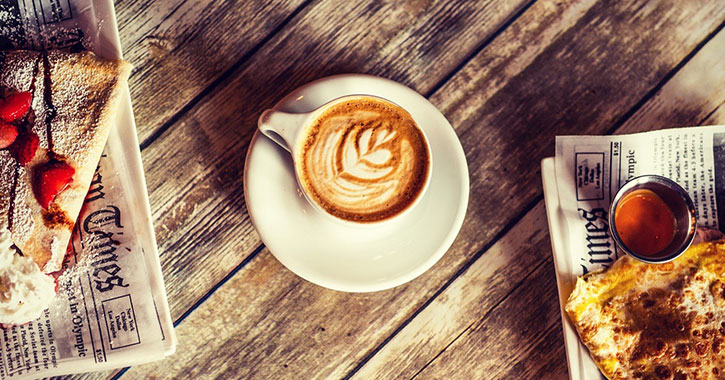 Founded in 2018 by entrepreneur Nick Furnia, Nomad Coffee & Crepes is a cozy coffee shop in Ballston Spa featuring a quaint, vintage atmosphere. You can listen to the sounds of the classic jukebox while sipping a cup of joe and eating a sweet or savory crepe. Many of the crepes are named after literary figures, such as the Gregor Samsa (milk chocolate spread/graham cracker crust/marshmallow fluff) and the Apple Jack Kerouac (red delicious apple/Greek yogurt/granola).

At El Cilantro in Ballston Spa, you can find great homestyle cooking and exceptional Mexican food in one place. From tortas and chorizo omelettes for breakfast to taquitos, chicken mole, and carne asada for lunch/dinner, guests will enjoy a true taste of Mexico at this restaurant.

The Ribbon Cafe in Ballston Spa is a New American restaurant that was founded in honor of the owner’s late wife Jennifer Myers, who passed away due to breast cancer in 2017. Chef/owner Kevin Myers is an award-winning chef who will feature his secret chowder at the restaurant and a great selection of breakfast and lunch items. His hope is that the Ribbon Cafe will become a place for families to make new memories at and eat delicious food.

Ready to eat out in Saratoga? Browse more local restaurants »

« Back to Saratoga Dining