Every year in Saratoga the downtown gets closed down and people take to the streets. Not in protest (though a few of #occupysaratoga people were there)… but in celebration. The holidays are among us and that mean singing and cotton candy, hot apple cider and listening to Santa play the sax.

I’m not real big on flash photography, or shooting people (with a camera)… I’d prefer my camera on a tripod and if i need the image lighter I’d like to leave the shutter open for a few seconds longer. Unfortunately, people can’t stand still for 10 seconds and they get a little blurry. So, here is my take on the Victorian Stroll… with flash in hand. 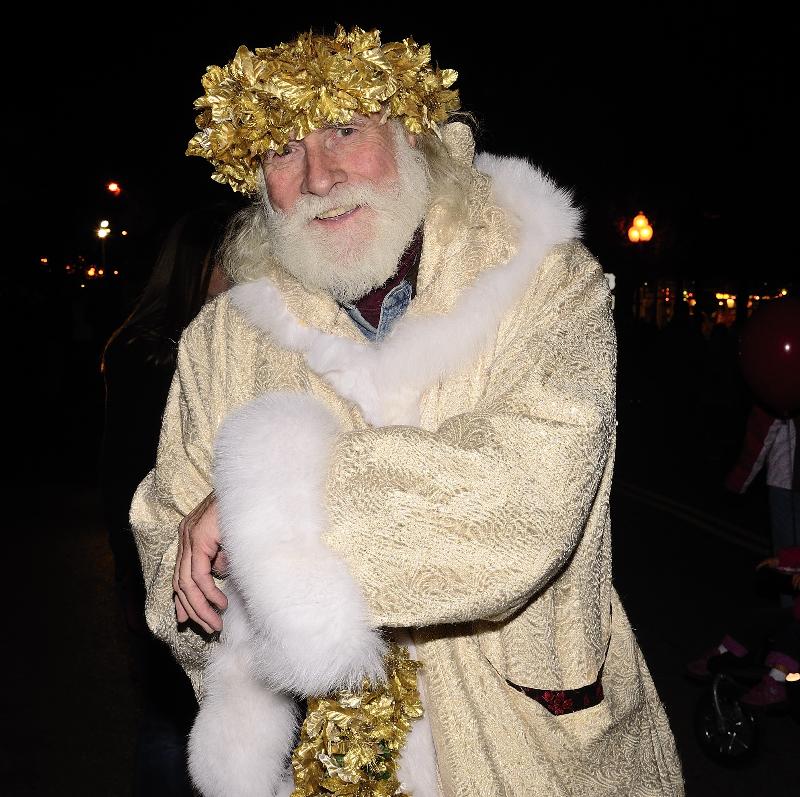 Father Christmas showed up in a beautiful outfit, taking time to pose for a lot of photographs and when I saw him surrounded by kids. When they had their fill and left him alone, I blinded him with “one powerful strobe” as he put it. I hope the shot was worth it. 🙂 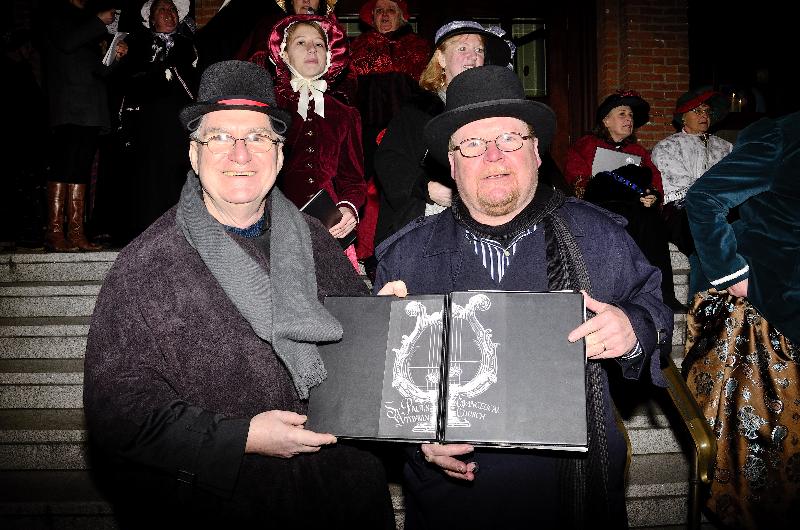 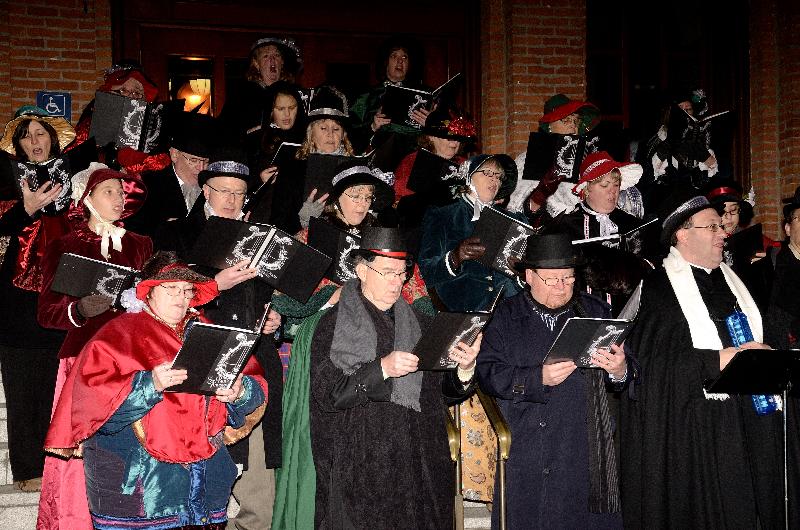 There were many choirs in attendance, I didn’t get to see or hear them all… but this one at the City Hall was splendid. The gentlemen in the front politely posed for me to show off the unique hymn books they were holding. 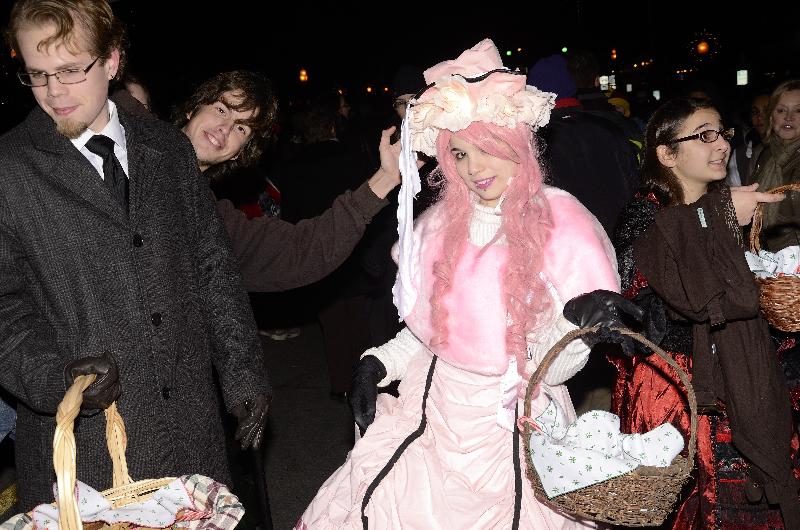 I think this is Little Bo Beep, but the only sheep following her were a few young men. I guess that metaphor can work. There were also snowmen, hockey mascots, and other characters in attendance. 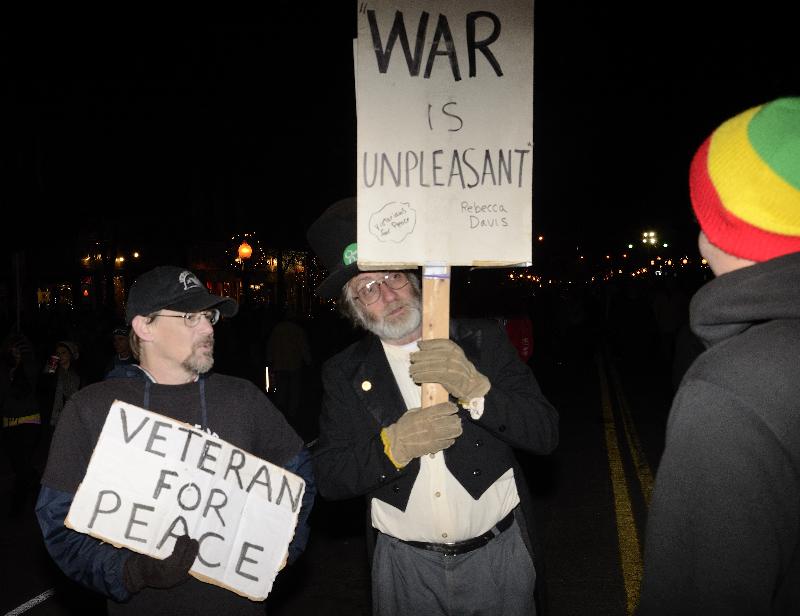 I think 2011 will be remembered most for #occupy_everything, these Occupiers were peacefully demonstrating the rudeness and unpleasantness of war. 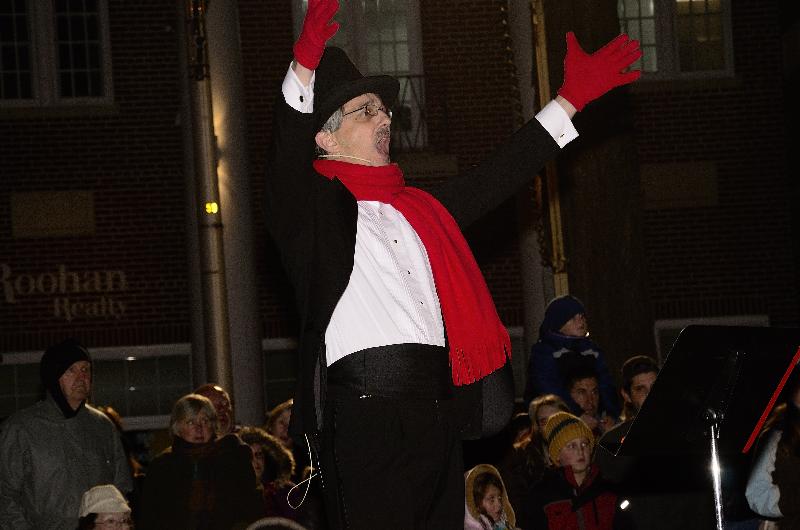 The city center area was rockin’ and singing some great carols by the Abundant Life church. Here is the conductor with red gloves and red scarf looking Christmas-y getting the crowd ready for the holiday season. 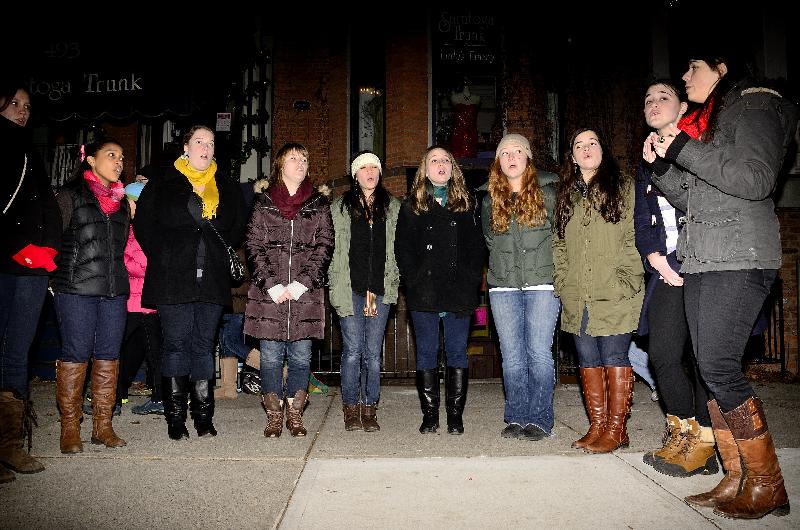 While quieter, the talent shone through with this all girls choir by the beautiful Saratoga Arms hotel. People huddled in close to hear the young women sing and were gracious enough to let me slip in to take this shot. 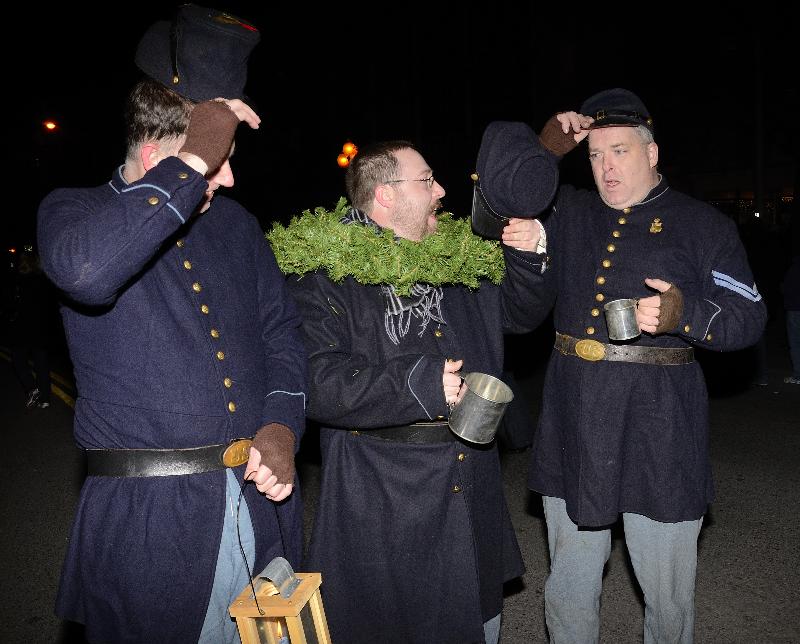 Lost in time, but not in spirit. These reenactors decided that Saratoga wasn’t a Revolutionary town for the night, but rather a Civil War community. Either way they had a blast “pretending?” to be drunken soldiers on leave. 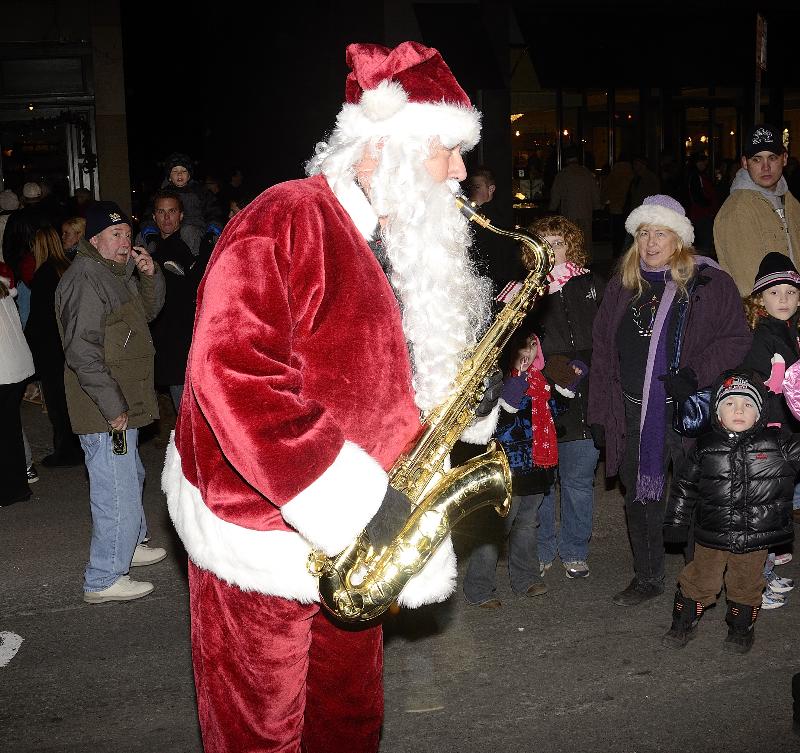 And it wouldn’t be a holiday celebration without Santa… Santa playing sax? Yes, Santa was jamming out to some classic Christmas songs with a crowd stopping to enjoy the tunes from ol’ St. Nick himself.
I hope everyone that went had a great time, and if you see yourself in these photos and you want one. Drop me a line and I’d be happy to send the image your way.
-JTG