Home / Things To Do / Fairs / Midways

Sponsored by the Saratoga County Fair

What do you get when you combine sweet treats with carnival games and exhilarating amusement rides? The answer is a midway! Located at fairs in the U.S. and beyond, including the Saratoga County Fair, the midway is the area where you’ll find the grand attractions, games, and fair food & drinks you know and love. Take a trip down memory lane as we explore the history of the midway and what it looks like today. 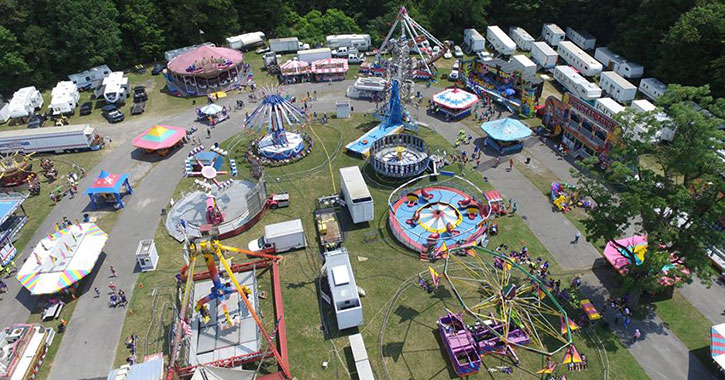 A New World of Fun & Entertainment

Although the concept of fairs has existed since biblical times, it wasn’t until the World’s Columbian Exposition (nicknamed the Chicago World’s Fair) in 1893 that the midway was developed.

Here in the U.S., fairs were actually common throughout the 18th century and served as a showcase of local livestock and farm products. Agriculture was the main focus, while contests were mixed in as extra entertainment.

This began to change in the post-Civil War years as state and county fairs featured more amusements, such as games of chance, to entice visitors and provide an escape from everyday life. When the World’s Columbian Exposition was designed and constructed, it became the first major fair with a dedicated area for attractions, games, and more.

The Creation of the First Fair Midway 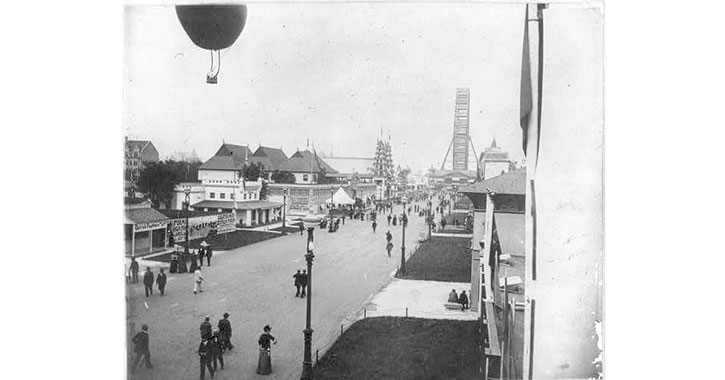 Spurred on by the excitement of the first world’s fair, London’s Crystal Palace Exhibition in 1851, the U.S. aimed to host one of their own. In 1876, the country held a world’s fair in Philadelphia, and while it wasn't a financial success, that didn’t stop them from trying again.

As a way to celebrate the 400th anniversary of Christopher Columbus’ discovery of America, U.S. civic leaders selected Chicago’s Jackson Park as the site for their next world’s fair.

This massive fair opened on May 1, 1893, and it covered 630 acres and featured over 65,000 exhibits. Most importantly, a one-mile narrow strip of land named the Midway Plaisance was utilized specifically for entertainment and food.

A wide range of concessions filled the Midway Plaisance, as well as games, attractions, and the original ferris wheel, created by George Washington Gale Ferris Jr. for the World’s Columbian Exposition. The fair attracted visitors from all around the world, and now, the word “midway” is used to refer to the main amusements area.

Experience the Marvels of the Modern Midway 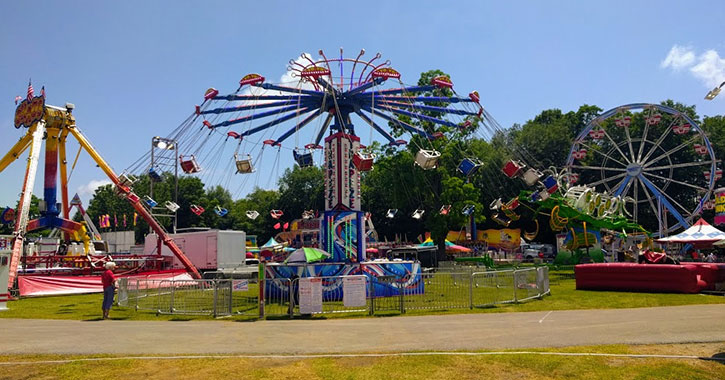 While the 250-foot high ferris wheel at the World’s Columbian Exposition was certainly impressive for the time, midways have since evolved to include a broader range of state-of-the-art attractions and rides to ensure maximum entertainment.

If you plan a visit to Upstate NY’s Saratoga County Fair or one of the others in the region, you’ll see towering rides of all shapes and sizes in the midway. The colorful displays and flashing lights add to the fun, carnival-like atmosphere.

Not only that, but this family-friendly environment features amusement rides for both kids and adults to enjoy. Ride on a carousel, experience thrills on a swing ride, and have a blast at the midway! 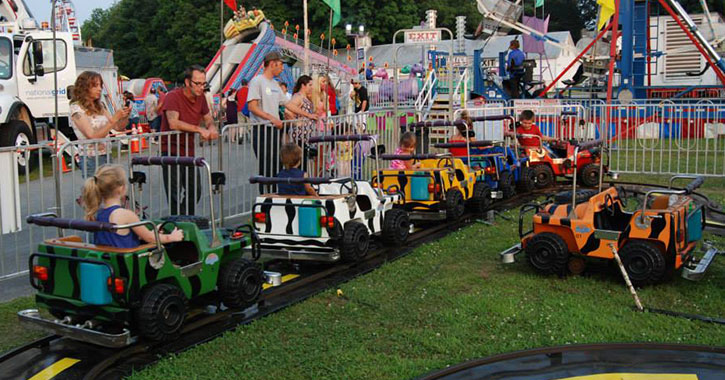 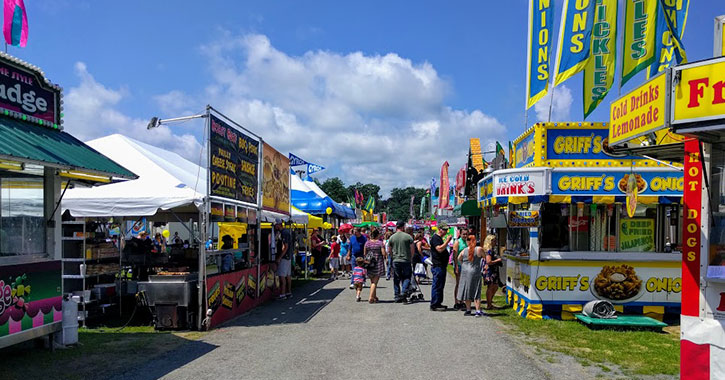 An essential ingredient of any modern midway is a selection of the most ridiculous yet delicious and mouthwatering food you can imagine. While 19th century fairs did provide concessions, the types of food have become even more creative!

When you stroll through a midway today, it’s nearly impossible to avoid the sweet smell of funnel cakes and other tasty treats wafting through the air, such as deep-fried Oreos. While you can expect to find fair favorites like cotton candy, corn dogs, and candy apples, it’s always fun to try something different.

In fact, the Saratoga County Fair and other fairs work hard to offer visitors new and exciting flavor and food experiences each year, whether it’s bacon bombs or the biggest make-your-own slushies machine you’ve ever seen. Take your taste buds on an adventure through the world of fair food & drinks during your next trip! 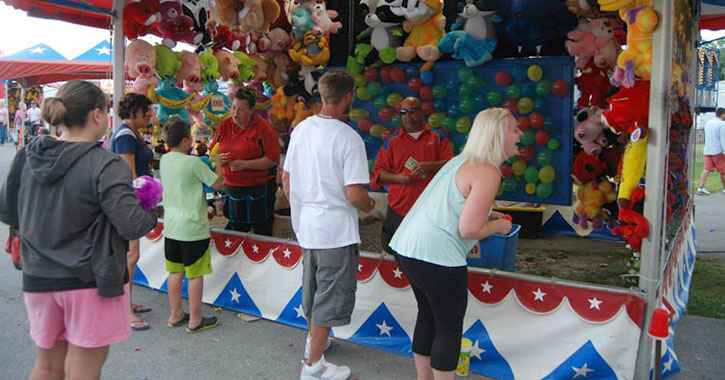 Step right up to the amazing lineup of popular games throughout the midway! If you'd like a challenge and the opportunity to win a prize for your efforts, then the carnival games of skill and chance are for you.

Typically, these games are played on a pay per play basis with a small price range. Some may be designed to award a prize for everyone, and others are meant to be attempted multiple times while remaining honest and fun.

The games of chance are, as you would expect, luck-based with a random outcome for each player. For example, with the duck pond game, all you have to do is select a random floating duck, and the number underneath connects to a certain prize.

On the other hand, games of skill will test your abilities. These range from shooting a basketball into a hoop to throwing rings over milk bottles. You may not win every time, but you'll feel a sense of accomplishment if you finally do!

By Day or By Night, the Fun Never Stops 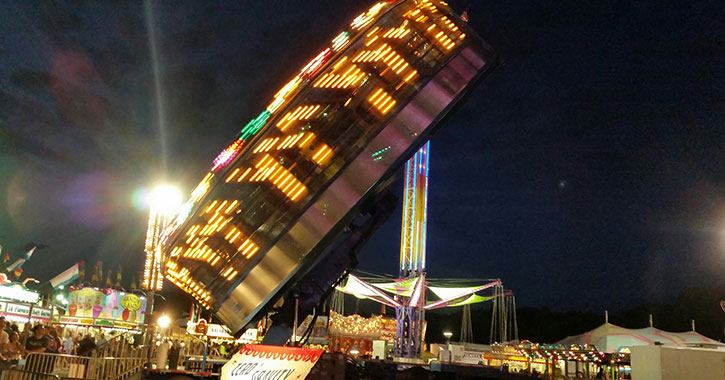 The fun at the fair doesn't stop when night arrives! Many fairs turn on the lights and keep the rides and concessions at the midway open all the way until midnight. The dazzling attractions will keep you entertained and leave you with lasting memories of your trip to the fair.

Find out about the local Saratoga County Fair »