Confirm business hours in advance.
Visit Saratoga.com For Everything Saratoga
Enter Giveaways Advertise
Note: Saratoga.com is not responsible for posts and comments written by non-staff members.
Home  »  Uncategorized  »  Corn! Is Anything But Corny…

Save the trip to Broadway.  Just come on over to Salem.  Seriously. 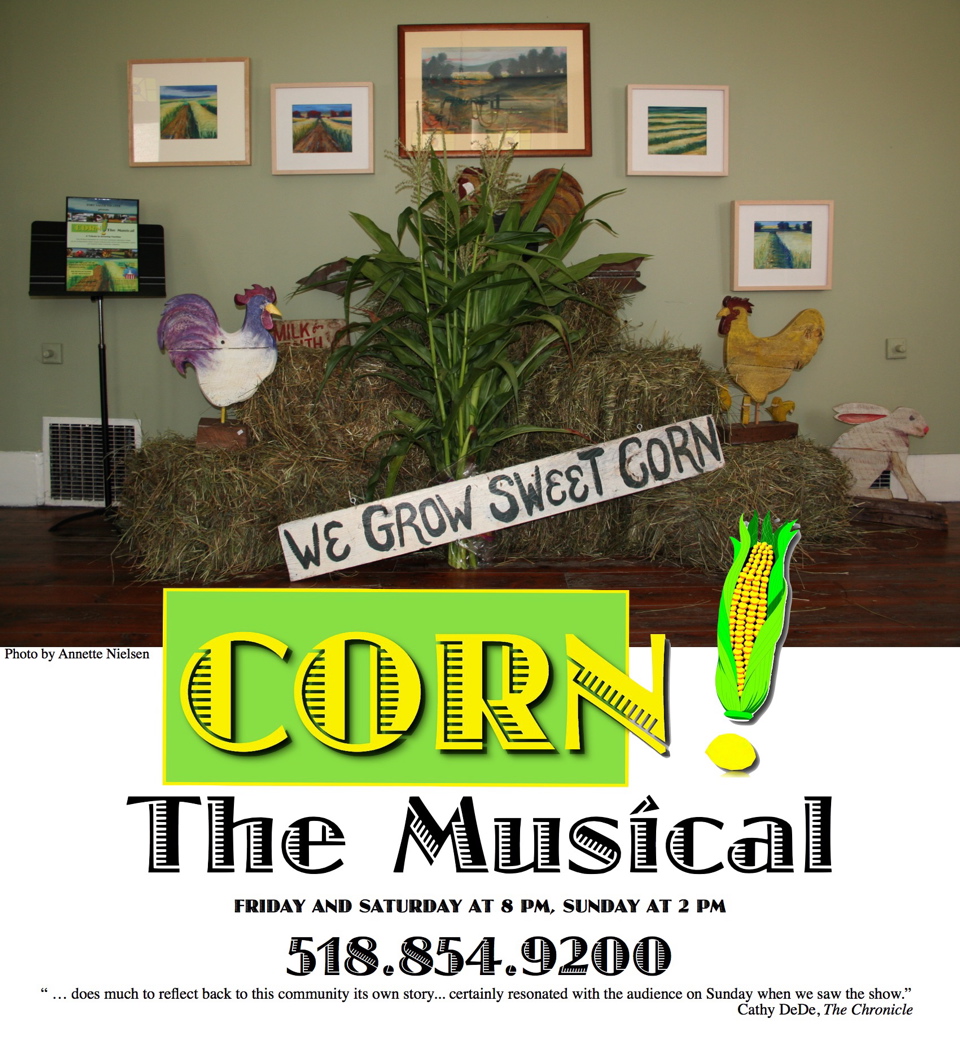 The Post-Star says: “Corn! The Musical is an exciting, energetic and well performed theatrical delight”  and who am I to argue?  Tom Flagg, who was nice enough to leave his stint on Broadway in “The Fantasticks” in order to star in Corn!, adds gravitas to the big opening number, and right away you know you’re in for a ride.  The entire cast is excellent, and I won’t give too much away here – read today’s Post-Star if you want a complete synopsis – but the story is surprisingly moving and the songs will stay with you long after you leave the theater.  In fact, you may feel as though I wrote it about your family.  (Several people have come up to me after the show saying the same.)  The singing, the set design, the tricky lighting and the subtle humor all underscore a story that is much more than the sum of its parts.  The ending will leave you with a lot to talk about, unless, of course, everyone in your family gets along just peachy and never argues about, you know…stuff.   This production really is on the order of a  quality  Off-Broadway show, and it’s right here on East Broadway in Salem, at the Fort Salem Theater.  This is the show’s final weekend.  Performances are at 8pm Friday and Saturday and 2pm Sunday and I would hate for anyone reading this to miss it.   I know  you may think  I’m biased (guilty!) but I’ve seen  people who have left the theater visibly moved by the performance.  And that  is the best review of all.