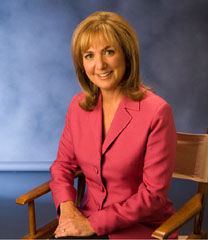 She’s playing BOO LARSEN (Boo Who?) in my new play STAR CROSSED at the Fort Salem Theater Aug. 13-22.  Together with my partner, the multi-talented Jay Kerr, we’ve created a world-premier musical that’s based on a true story; a “tale of tragedy and triumph in old Hollywood” as the poster says.  Benita is just one of eight key players in this tale – all of them fabulous singers and actors and many of whom you may have seen on TV, on Broadway, at Fort Salem or Capital Rep.    The tale revolves around Sarah Lenard, an aspiring actress who may or may not be the illegitimate daughter of two of Hollywood’s most storied legends (let’s call them, oh, I don’t know, Judy Garland and Gene Kelly).  She wants to learn the truth…but doesn’t want to know either, because she wants to know she can make it on her own merits and not just because she’s tabloid fodder.  The flamboyant Boo Larsen – a gossip writer who “worshipped” her mother – is enlisted to help uncover the truth.  Meanwhile, sleazy talent agent Rick Taylor (wonderfully created by Robert Silver) gets some help for his side from Slice Magnusen, a private eye portrayed by Fort favorite Gordon Hazzard.  And let’s not forget Laura Roth, who plays the tragic lead, Julie Martin.  She is an international cabaret star who does a Judy Garland tribute in her show and is spot on accurate.  This is Laura/Julie and Robert/Rick: 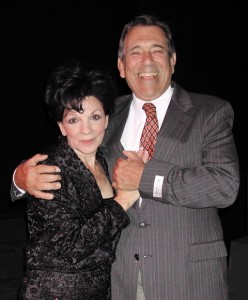 So…the bottom line is you simply MUST see this show at the Fort Salem Theater.  Otherwise, you won’t be able to say “I saw that show when it premiered – and now look what’s happened!  It’s gone global!”  (What can I say?  It’s Fort Salem Theater’s Summer of Dreams so I have license to dream here.)  Just call the Fort at 518-854-9200 for tickets.  Showtimes are Aug. 13-15 and 20-22; Friday and Saturday nights at 8pm and Sunday matinees at 2pm.  At $25, tickets are about a third of what you’d pay to see this caliber of performances on Broadway, and Salem is a whole lot closer!  Come on out and say hello.  I look just like the guy whose photo is on this blog.