Visit Saratoga.com For Everything Saratoga
Enter Giveaways Advertise
Note: Saratoga.com is not responsible for posts and comments written by non-staff members.
Home  »  Fiction  »  Drowning in a Sea of Our Own Making

Parts coming-of-age story,
love story, family drama, and mystery, The Drowning People has
been one of my favorite books for over a decade now. It will pique your
curiosity from it’s first page and give you food for thought to last long after
its final one.

I first read The Drowning People upon its release in
1999. I was living in Toronto and found the novel in my local bookstore, never
having hear of it before. One very cold weekend I picked it up and began
reading. I was taken with the first lines:

My wife of more than
forty-five years shot herself yesterday afternoon.

At least that is what the
police assume, and I am playing the part of grieving widower with enthusiasm
and success. Life with Sarah has schooled me in self-deception, which I find–as
she did–to be an excellent training in the deceiving of others. Of course I know
that she did nothing of the kind. My wife was far too sane, far too rooted in
the present to think of harming herself. In my opinion she never gave a thought
to what she had done. She was incapable of guilt.

It was I who killed her.

Intriguing, isn’t it? Why,
I wondered immediately, did this proper English gentleman kill his wife of
several decades? What could she have done that would erase the love and good
will that being married for a lifetime must engender? So, on I read. I devoured
it, actually–not putting it down until I had read the last lines–I was so eager
to discover the secrets of their long life together. 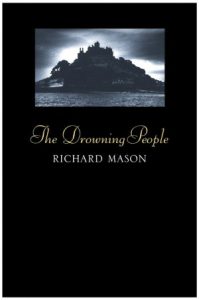 But James Farrell, our
narrator, does not tell the tales of his decades with Sarah. He doesn’t recount
moments from a miserable marriage. Instead, we relive the years of James’s
middle-twenties. A formative time of growth and change for anyone, these years
present James with some unexpected choices to make. An aspiring violinist,
James rises above his middle class origins through education and then his
musical talents. It is amid the sea of social elites that he comes of age, both
discovering and questioning his passions and loyalties during these years.

Entertained by Camilla
Boardman, the ultimate social butterfly among his peers; enchanted by and
infatuated with the Anglo-American Ella Harcourt, a reluctant heiress with a
self-destructive streak; confidante and musical accompanist to Eric de
Vaurigard, his devoted friend who hides his true feelings for James; and
finally seduced by Sarah Harcourt, Ella’s fully British cousin who, though a
near twin in appearance, is driven by vastly different motives.

It’s impossible to know
which of the choices we make in our youth will have lifelong repercussions. Now,
at the age of seventy, the final ripple caused by a stone pitched perfectly
into a calm sea over four decades ago has finally reached James. It’s what
forces him to see his life in an entirely new light and to take the action he
does. He kills his wife because now, having uncovered that almost lost
deception, he must at least try to compensate for damage that cannot be undone.

Mason’s novel is a rich
portrait of London’s “bright young things” in late twentieth-century society. His
portrayal of the intricate web of desires and motivations that underlies all
relationships coupled with the hindsight perspective of our narrator have
resulted a story about the desire of belonging, the necessity of acceptance,
and the consequences of living life by any other than one’s own plan. Every
life has good, bad, truth, deception, mystery, and deception; the stories that
result however, rely on what we observe, what we believe, what we learn, and
what we admit. 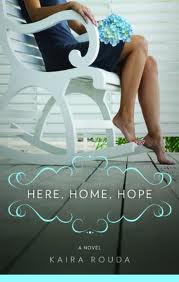